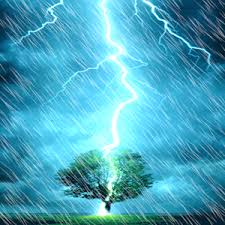 PESHAWAR, 17 May: At least seven persons, including three children, were killed in rain-related incidents in Chitral and Orakzai Agency.

Chitral police said that four persons, two of them kids, were killed as thunderstorm hit the roof of the room they were sleeping in. The incident occurred in Borat Gol areas of Chitral district last night.

Meanwhile, a woman and two children died in Kosa area of Orakzai Agency when the roof of their room caved in today afternoon. Heavy rain started in upper areas of FATA last night while plain areas also received rain today afternoon. The Met office says that more rain in expected during the next 12 hours.