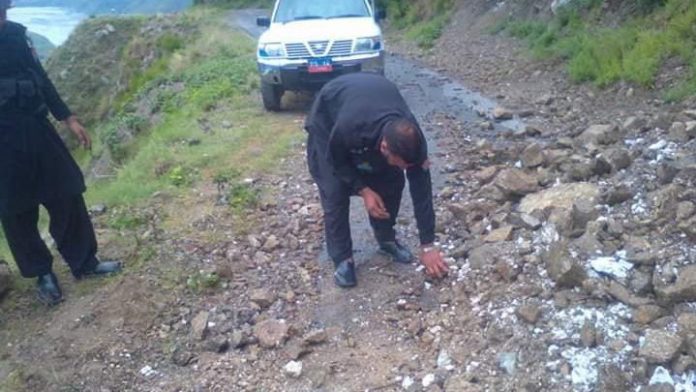 Landslides have closed main roads, disconnecting hundreds of villages of Torghar from rest of the country due to which people are unable to reach their homes ahead of Eidul Azha, TNN correspondent has reported.

Local people can be seen making hectic efforts to open the closed roads as the provincial government officials and machinery can nowhere be seen to help the mountain district in their difficult situation.

Torghar is one of the smallest districts of Khyber Pakhtunkhwa (KP) where no mega-market is available leaving locals depended on other districts for almost all their basic necessities of life. The only source of connectivity between Shangla and Torghar is Balgram Bridge which, though still intact, but in dilapidated condition due to the ongoing spell of rains and landslides.

Therefore, local people requested the federal and provincial government to help them in their difficult situation and clear connecting roads so that the stranded people could reach their homes before the Eid day.

A local person Qazi Ahmad told TNN that roads in Tha Kot and Darband are closed due to landslides. He added that students are studying in other parts the country and used to come homes ahead of Eid but now they are stranded and unable to reach to their homes in Torghar due to closed roads.

Another local Muhammad Tahir told TNN that people from Lahore and Karachi have reached Torghar but now are unable to move further towards their villages situated in far-flung areas of the district. They are living in hotels, but their predicament further aggravated as hotels refused to accommodate more guests as all their rooms have been occupied, lamented Tahir.

TNN correspondent has tried to obtain the district administration version for this story however, they couldn’t be connected. Till the filing of this report, the administration hasn’t yet taken any steps to clear the roads.