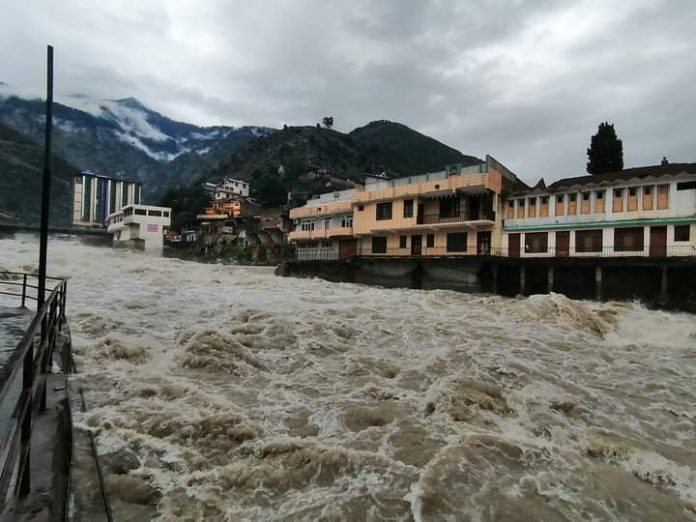 Rescue sources said as many as 40 shops were washed away in flash flood in Swat due to which shopkeepers suffered losses of millions of rupees. The level of water in Swat River has increased after heavy rains. Several trees were also reportedly uprooted amid strong winds, but no casualty was reported.

Several houses were damaged in the remote Chapri Waziran area of Thall tehsil in Hangu. The electricity system in the area was also damaged amid strong winds and several trees as well as the solar panels installed on roofs of the houses were uprooted.

The area people started repair work on damaged houses on self-help basis. However, no casualty was reported in the rain and windstorm. The Chapri Waziristan road was broken from several places and rainwater accumulated on different roads due to which the commuters faced difficulties.

The local people along with rescue personnel were taking part in rescue activities.
According to latest updates of the Pakistan Metrological Department, mainly dry weather is expected in most plain areas of the country during the next 12 hours.

However, rain wind/thundershower is expected in upper/central Punjab, upper Khyber Pakhtunkhwa, Kashmir and Gilgit Baltistan.
Meanwhile, the Pakistan Army assisted the civil administration of Balochistan in carrying out relief operations after heavy winds, rains and thunderstorms hit coastal areas of the province, the ISPR said.