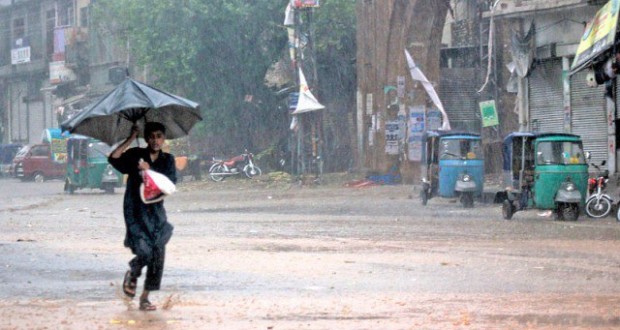 PESHAWAR, 11 July: The meteorological department has predicted rain and windstorm in most parts of Khyber Pakhtunkhwa and some of the regions of Federally Administered Tribal Areas (FATA).

These areas include all the districts of Hazara and Malakand divisions, Peshawar, Kohat, Swabi, Mardan, Dera Ismail Khan, Orkazai, Kurram and Khyber Agencies.

The department said that a series of rains was already underway in Parachinar, Saidu Sharif, Abbottabad and Malam Jaba.

Meanwhile, Provincial Disaster Management Authority (PDMA) has said that 45 people have so far died and 25 sustained injuries in monsoon rains. As many as 29 persons including nine security personnel died in Chitral. Similarly more than 50 houses were destroyed in rains and floods in the province. It said that floods were expected  due to the possible rains in next 24 hours.