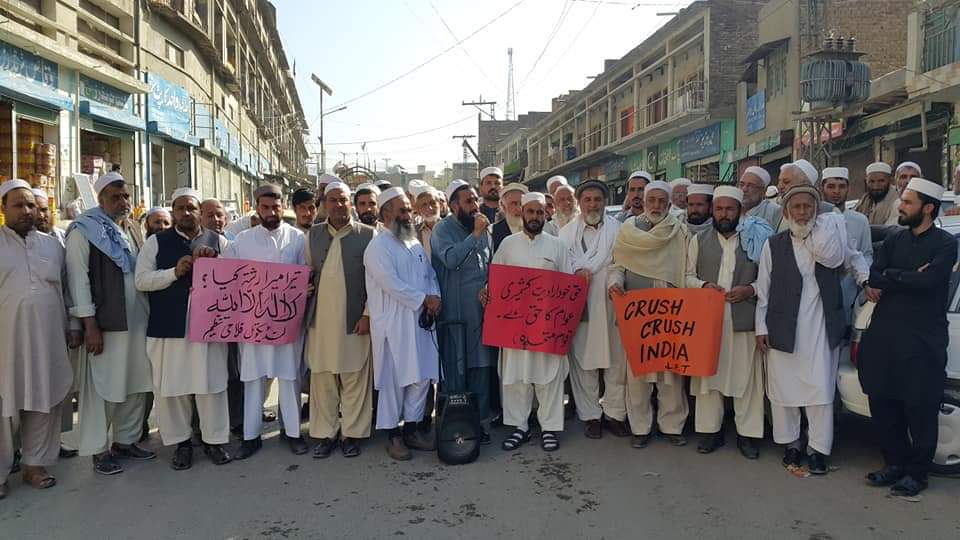 LANDIKOTAL: Like other parts of the country, people in Khyber and North Waziristan tribal districts Saturday held rallies in support of the right to self-determination of the people of Kashmir.

Pakistan is observing black day against the Indian occupation of Kashmir and to express solidarity with the people of the Indian Occupied Kashmir for their right to self-determination.

In Khyber tribal district, a rally was held in Landikotal Bazaar which was participated by the tribal elders and activists of different political parties. The participants of the rally were holding banners and placards inscribed with slogans in support of Kashmiri people and their cause.

Speakers on the occasion condemned the human rights violations in Occupied Kashmir and called upon the United Nations to resolve the issue according to the aspirations of the Kashmiri people. 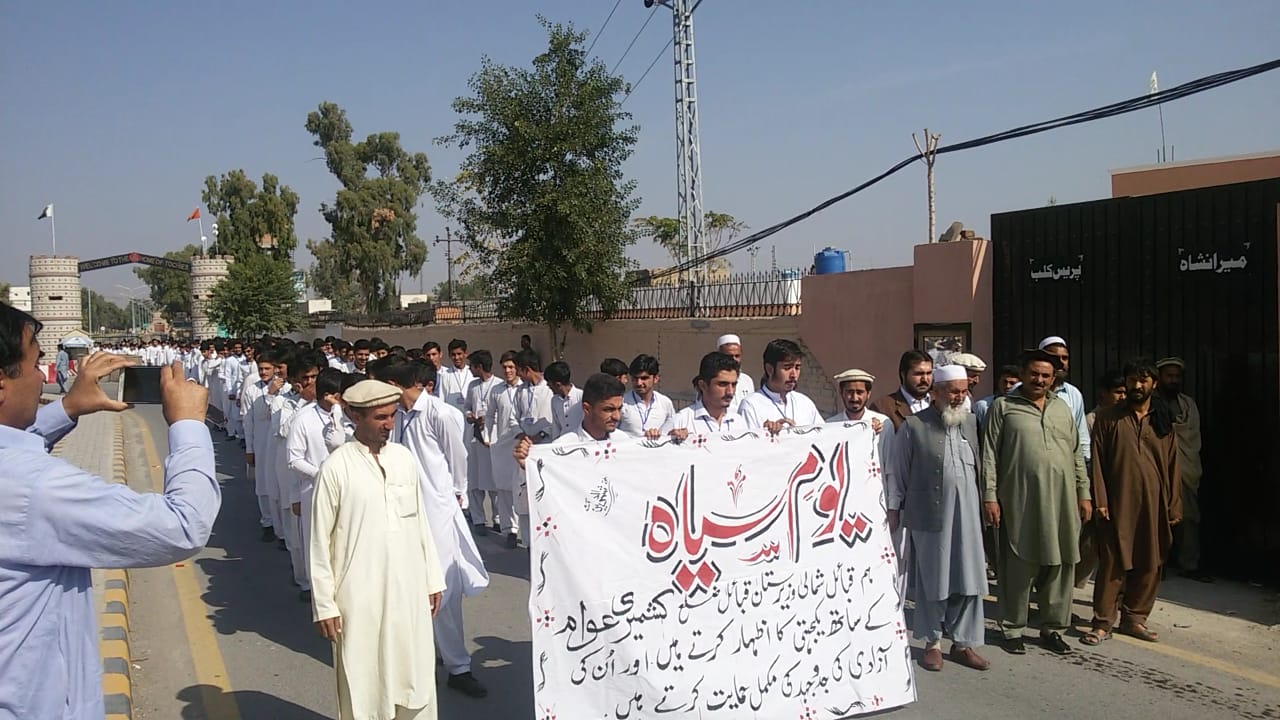 In North Waziristan, a Kashmir solidarity rally was held in Miranshah. The rally was taken out from Governor Model School which was attended by the students, tribal elders and social activists.

Participants of the rally, carrying banners and placards, called upon the international community to take notice of rights violations in Occupied Kashmir. 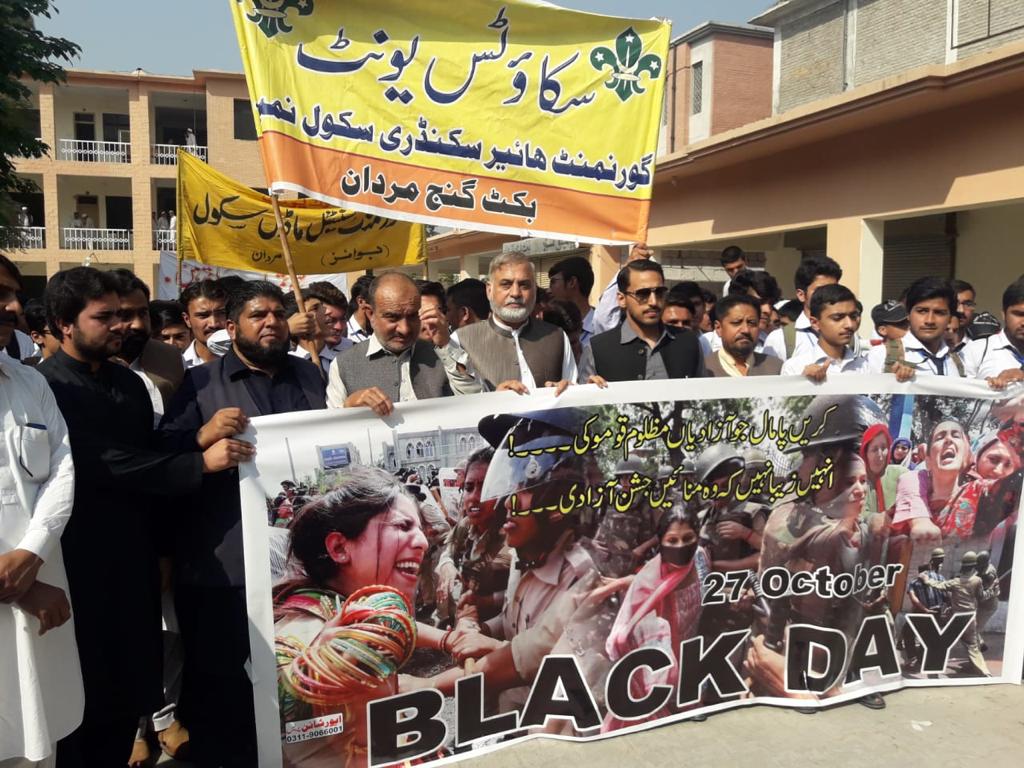 A rally was also held in Mardan to express support to the struggle of Kashmiri people.