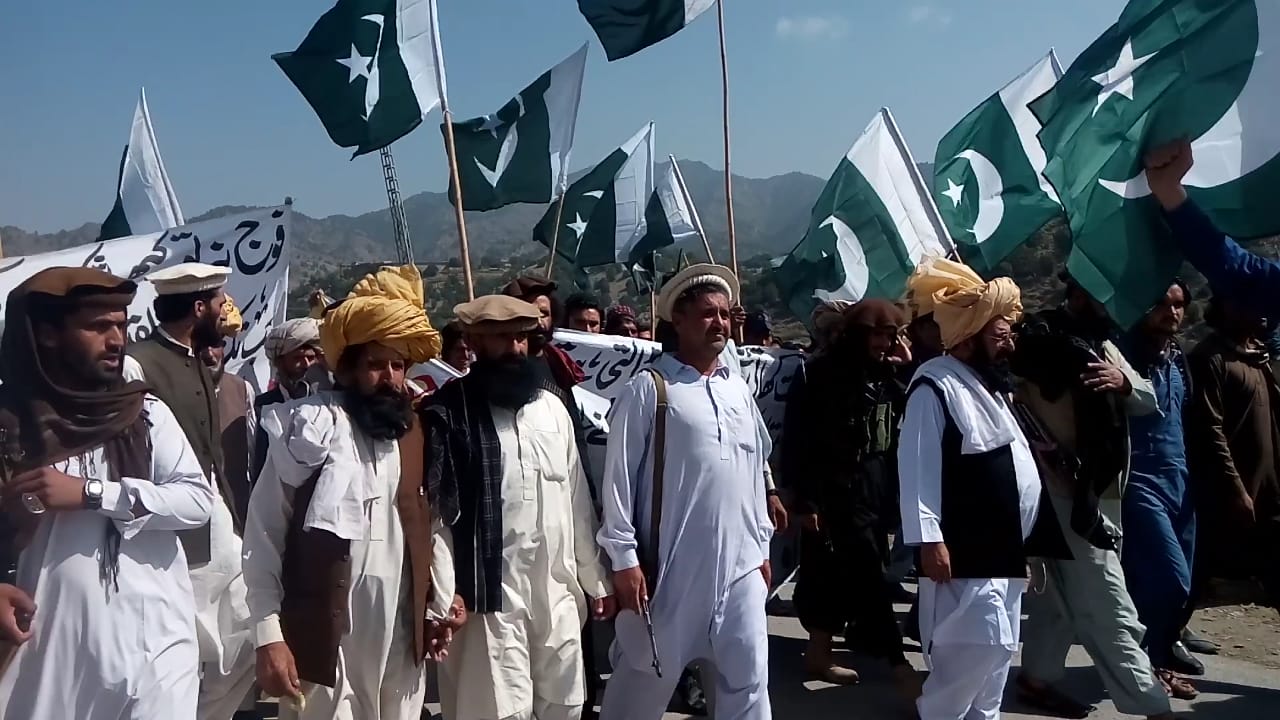 WANA: The Ahmedzai Wazir tribesmen on Tuesday took out a rally in Raghzai area South Waziristan tribal district near the Pak Afghan border to express support to the armed force of Pakistan in the face of threats hurled by the Indian army chief.

The local elders, Ulema, students and other people belonging to different walks of life participated in the rally. The rally led by tribal elder Hafizul Amin walked through Raghzai Bazaar and ended at Khamrang.

Participants of the rally vowed to fight alongside the armed force if India imposed a war on Pakistan. They said Pakistan’s desire for peace must not be construed as its weakness. They said the Pakistani nation is one when it comes to national security and national interest.

They said Pakhtuns have always given sacrifices for the country and they will never lag behind if such a situation comes again.