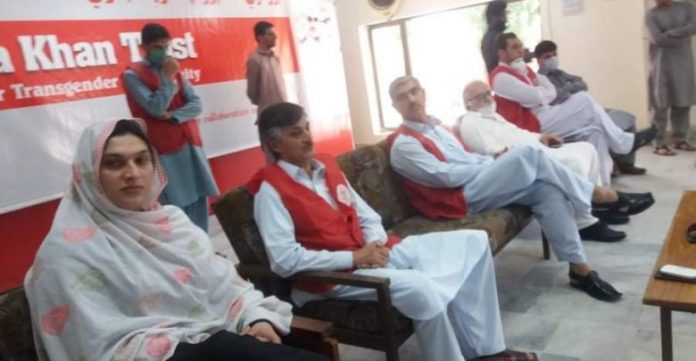 PESHAWAR: The Bacha Khan Trust, a welfare organisation, and Malgari Doctoran, an association of doctors, on Tuesday distributed ration package to 40 transgender persons in Peshawar.

TNN anchorperson Sobia Khan was also invited to the function as representative of transgender persons.

Saqibullah Chamkani said while addressing the ceremony that the party’s welfare institution is working with the passion of public service to help the deserving people in this hour of need. He said helping the poor segments in this crisis situation due to coronavirus is the top priority of the government.

Speaking on the occasion, Sobia Khan said transgender persons also deserve the same rights which are enjoyed by other people. Sobia demanded that the government must provide education and jobs to all the transgender persons to enable them to earn livelihood with dignity.

During the lockdown in KP, all kinds of functions like weddings, music functions and entertainment gatherings have also been banned due to which transgender persons have also been deprived of their source of income. Most of transgender persons earn their livelihood by dancing at weddings and music functions, but ban on functions has confined them to their homes and they have no source of income now.