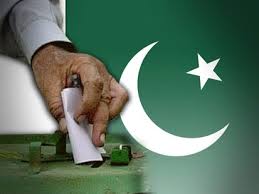 PESHAWAR, 12 July: The Election Commission of Pakistan (ECP) has announced to hold fresh election on 352 polling stations on 30th the instant.

In a statement issued today the ECP said that the all the necessary arrangements for fresh election have been made. Army would be deployed at all the polling stations.

It merits mentioning here that the ECP had declared election on 352 seats as null and void after the returning officers concerned reported to the Commission that the balloting process was mismanaged at these polling stations. The ECP had announced holding fresh election on these polling stations on July 5. However, a number of petitioners, including an MPA (Member of Provincial Assembly) Zahid Durrani moved the Peshawar High Court to declare the election null and void across the province. But the PHC dismissed their petitions and directed the ECP to hold election only on 352 polling stations.