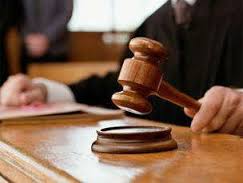 PESHAWAR, 11 May: Supreme Court has stayed the decision of the Election Tribunal, ordering election on National Assembly seat NA-125 afresh.

Khwaja Saad Rafiq, who won the election on this constituency in 2013 general election, challenged the decision of the tribunal before the apex court. He took the plea that he was punished for the mistakes of the returning officers, “which is unlawful.” The Supreme Court adjourned hearing in the case for one month.