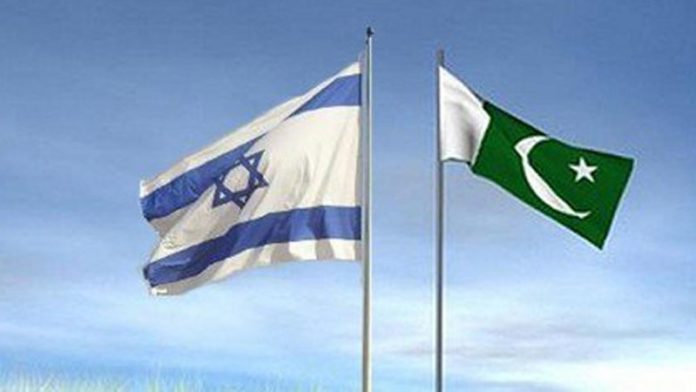 Ever since some gulf states have recognized Israel as an independent and sovereign state, the subject of recognizing Israel has gained traction on both the mainstream and social media. The debate is accentuating in Pakistan. Only one question is being asked and is circulating on the media whether or not Pakistan should recognize Israel, and if it recognizes Israel, then at what cost and why?

Some analysts are sanguine about Pakistan’s normalization o with Israel as its consequences will be in our interest while others argue that the illegal Jewish State should not be recognized because it is responsible for all atrocities waged against the Palestinians besides illegal occupation of internationally recognized Palestinian territories.

Pakistan and Israel both were founded on religious foundations of Two Nations theory and Zionist ideology. Pakistan came into existence on August 14, 947 while the Jewish state followed about a year later on May 14, 1948.

Since its inception, Pakistan’s stance on Israeli issue has been quite clear as the founding father of the nation M. A. Jinnah had clearly stated that Pakistan would not recognize Israel unless and until it does not give the Palestinians their basic rights.

Prime Minister Mr. Khan is also following the footsteps of Jinnah, reiterating that whenever there is no two states settlement and just solution to the Palestinians cause, according to their wishes, Pakistan will not forge diplomatic relations with Israel.

Along with Pakistan there are 29 other countries that do not have formal diplomatic relations with Israel. Some of them have refused to recognize Israel on the bases of ideological differences with her such as North Korea, Cuba and Venezuela while others have religious differences with Israel such as Pakistan, Malaysia, Bangladesh, Afghanistan, Iran and some African and Arab states.

There are several things to keep in mind such as the Kashmir dispute and fear of the alienation of Palestinian brethren which are hurdles in the way of diplomatic relations with Israel. Now the question is what will be the implications of recognizing Isreal.

First, Pakistan and Israel do not have borders with each other and have not ever confronted directly with each other. But if we look at history Israel has assisted India in different ways, directly or indirectly, against Pakistan on different occasions, as we have witnessed in Kargil war and recently in Balakot surgical strikes.

Raghunath Numbiar, the then air commander of Mirage 2000 squadrons during Kargil conflict said in an interview with NDTV, that “Israel helped India, and we (India) accomplished Israeli laser-guided bombs in twelve days.” The guided missiles were procured for Mirage fighter aircrafts. He further added that “when he dropped the bomb on Tiger Hill, our joy had no bound as the entire video image of the target burst out into a soundless explosion.” Recently, in February, 2019 where India launched surgical strikes in Pakistan’s soil, the missile technology used in that case was imported from Israel.

Defense and military analysts say that Indian Mig 29 had no capability of carrying out such strikes and they would not be able to do so without the assistance of Israel’s technology. S

Reports reveal that in 1992, India and Israel bilateral trade stood at $200 million dollars which reached to $5.84 billion dollars by 2018.

Now the basic question arises here that at what cost should we establish diplomatic relations with Israel? Firstly, it will undermine our stance on Kashmir issue because since Independence we have been stressing the just political settlement for Palestinians.

If we recognize Israel how will we be able to draw attention of the International community to stand with us on the Kashmir issue? In that case we may loss Kashmir but we do not really want dispossession of Kashmir because it has great importance for Pakistan strategically as well as geopolitically. But there is one thing if Pakistan recognized Israel, it is likely that Israel help us in mediating the Kashmir dispute in collaboration with USA.

Some analysts and scholars say that in International Relations interests matter and religion has nothing to do with it. Perhaps they forget that Pakistan was established on religious basis, as our constitution says. Secondly, they also argue that United Arab Emirates, a close friend of Pakistan, also recognized Israel’s sovereign and independent statehood, then why cannot we do so?

It is completely nonsense because UAE has its own foreign policy’s goals and objectives. Recognizing Israel was in UAE’s strategic and security

In a nutshell, the ongoing circumstances are not conducive for Pakistan to forge formal diplomatic relations with Israel

The author is a student of BS IR at University of Sargodha.