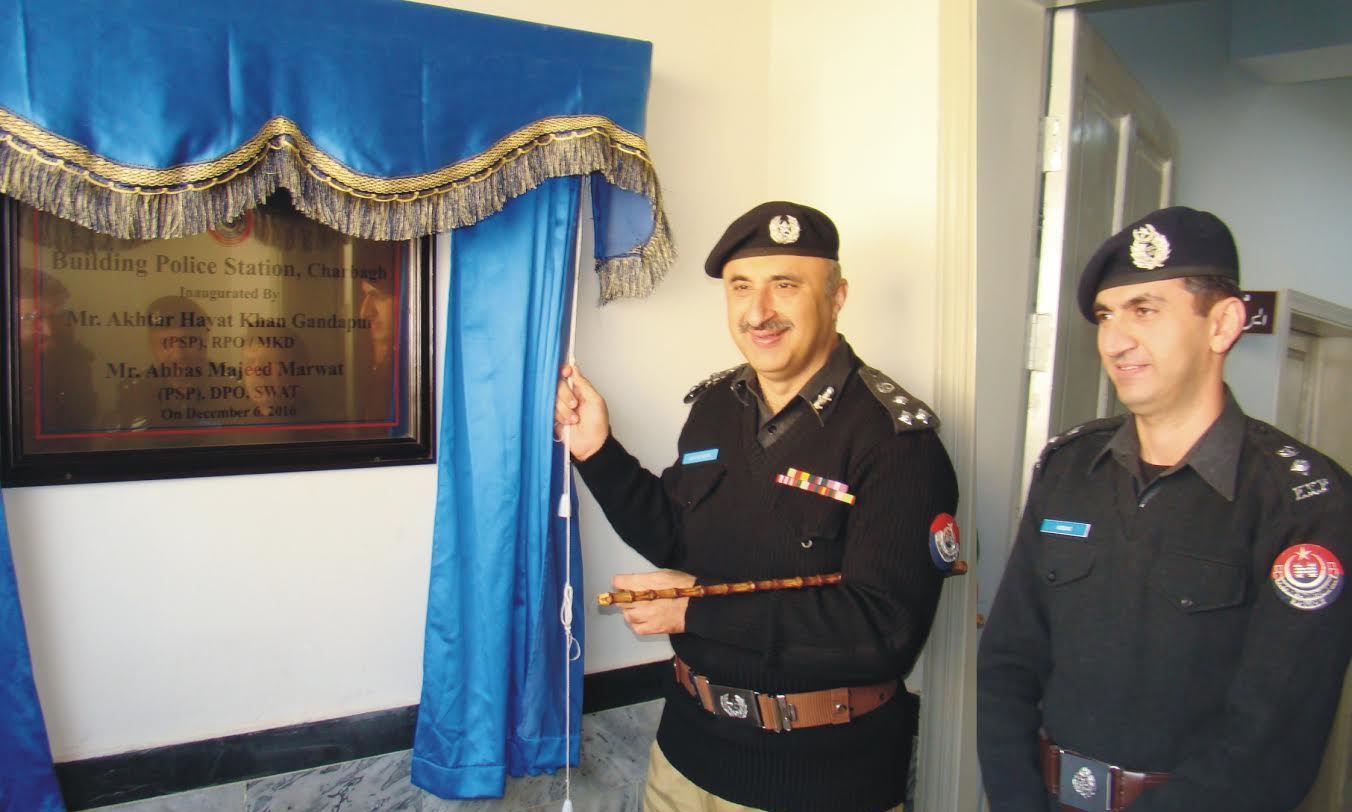 SWAT, 7 December: Charbagh Police Station, which was destroyed during militancy in Swat, has been reconstructed.

Deputy Inspector General (DIG) Malakand Range Akhtar Hayat Khan said at the inauguration ceremony of the new building of the police station on Tuesday that Swat Police is prepared to face any challenge. He said there were nine police stations in Swat at the time of military operation, but now there are 20 police stations in the district. He said six more police stations will be established in Swat to further improve law and order.

The DIG said Swat Police Station has been restructured on modern lines. He said besides other facilities, a hall for hosting Jirgas has also been established at the police station.

Besides police officers, local politicians and other people also attended the ceremony and expressed happiness over the reconstruction of the police station.