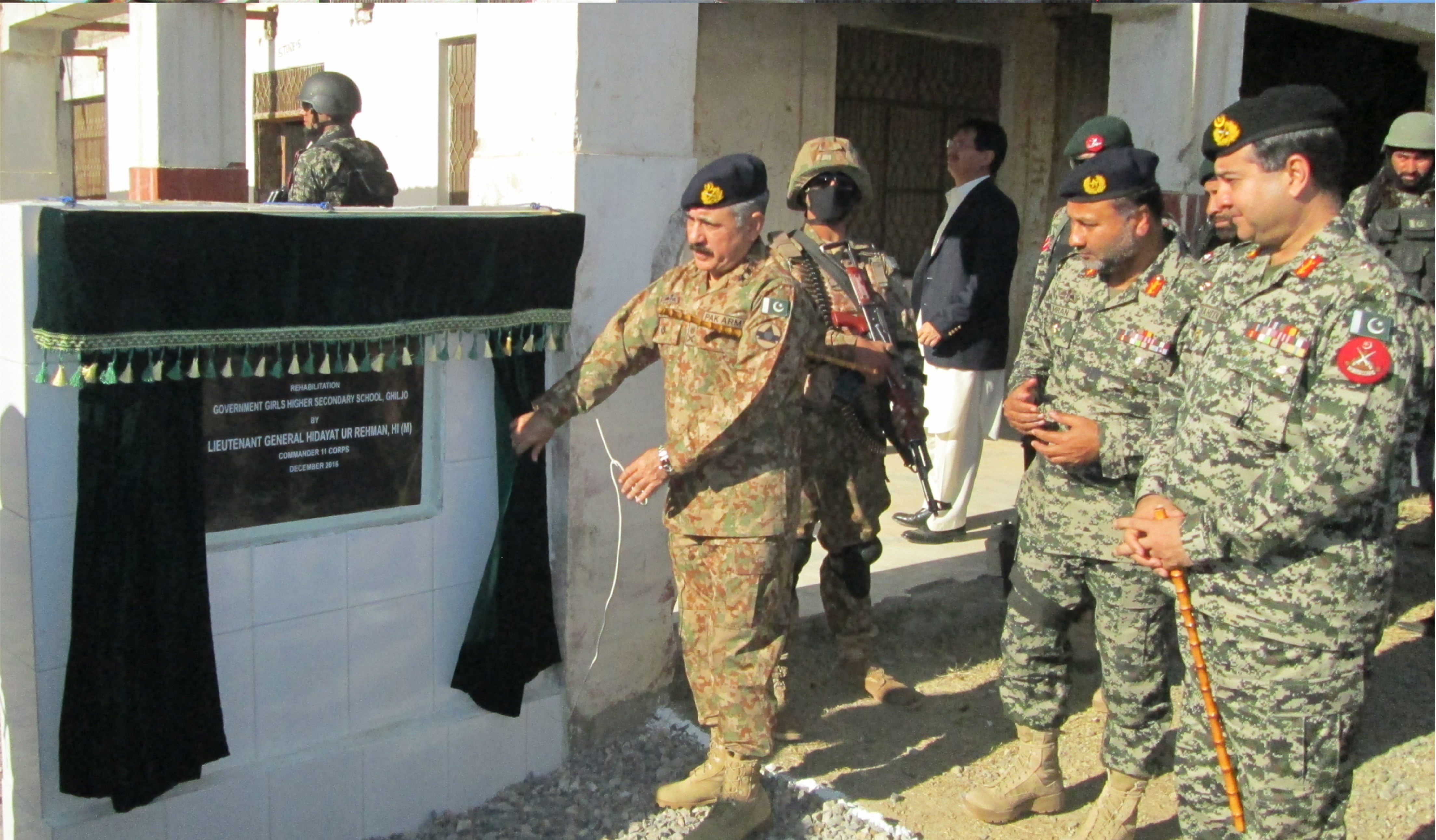 The corps commander laid down the foundation stone of the school during a ceremony. The project would be completed at a cost of Rs14 million. The school was blown up by militants during the insurgency period in Fata.

Speaking on the occasion Lt. Gen. Hidayat ur Rahman said that the Pak Army had prepared a three-year development plan for the Orakzai agency to bring the area at par with other tribal districts of Fata. He said developing the area was one of the top priorities of the army.

He added that efforts are underway to build an Army Public School in Orakzai agency. He informed that steps were being taken for the development of agriculture in the agency.