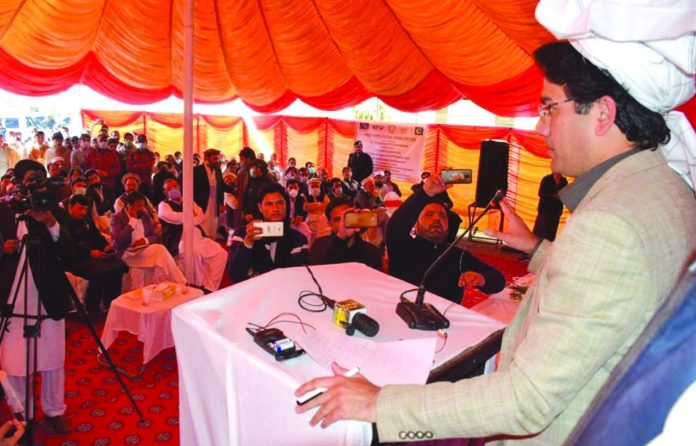 PESHAWAR: Special Assistant to the Khyber Pakhtunkhwa Chief Minister on Information Kamran Bangash said on Wednesday that the 25th Constitutional Amendment has changed the destiny of people of merged tribal districts and now they are enjoying equal rights like the residents of other areas of the country.

Kamran Bangash said the process for recruitment of 300 lecturers for merged tribal districts has been initiated which will complete in a few months.

Addressing a Jirga of tribal elders and notables during his visit to Bara tehsil of Khyber tribal district and later talking to media persons, the special assistant said the federal and provincial governments are committed on the progress and development of merged districts. Mr Bangash said that on the demand of the local residents, second shift is being initiated in Government College Bara from the next academic year. He said the government is also considering the demand of awarding the status of sub-division to Tirah. He also assured raising the issue of Khyber Pass Economic Corridor with concerned authorities to protect the rights of the residents of Bara.

The special assistant said Rs2 billion has been allocated for the construction of Bara-Mastak Road and work on it would begin in September this year. He said that Alternative Dispute Resolution Act has been passed by the KP Assembly for resolution of disputes according to local traditions.

Mr Bangash assured the restoration of allocated funds for the renovation of Bara Press Club. He said Chief Minister Mahmood Khan has constituted a task force for every district to identify problems and prepare recommendations for their resolution.

The special assistant said the holding of consultative Jirga is a step towards the attendance of lawmakers with the people of merged tribal districts and aimed at addressing people’s problems and utilisation of allocated funds according to priorities set by them.

Earlier, the additional deputy commissioner gave a briefing to the local people and government representatives about ongoing projects in education, health and other sectors in Khyber district, particular in Bara tehsil. He also briefed the officials on the three-year development priorities and progress on these projects.