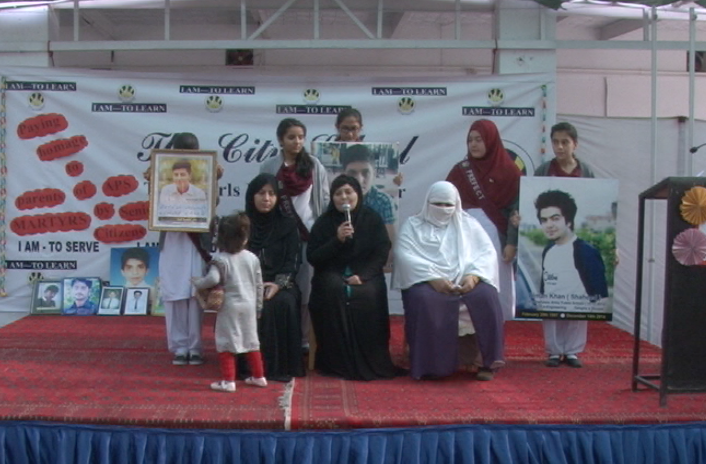 PESHAWAR, 15 December: Glowing tributes were paid to the martyrs of Army Public School, Peshawar during a condolence reference held here in a private school on Thursday.

The reference was held to remember the students and teachers killed in one of the deadliest terrorists’ attacks in the history of the country.

Parents of the martyred students and those survived in the attack attended the reference. Special prayers were made for the departed souls of the innocent children and their brave teachers.

It merits recalling here that on December 16, 2014, gunmen stormed the Army Public School on the Warsak road and killed more than 140 people including 132 students. The nation will be marking the second anniversary of the attack on Friday.

The district administration of the provincial metropolis has already announced a public holiday on Friday, December 16 on the occasion of the second anniversary of the APS massacre.

An official notification issued by the deputy commissioner said all the public and private schools, colleges and universities in the provincial capital would remain closed to observe the death anniversary of the APS students and teachers.