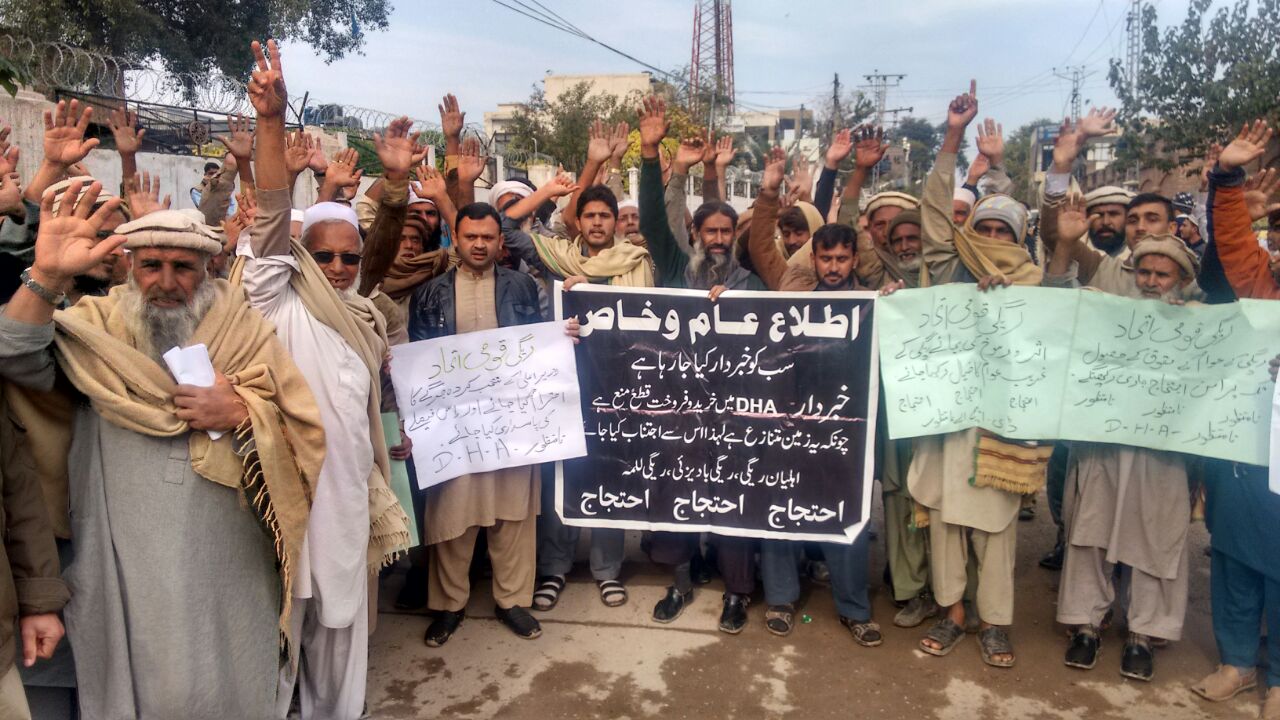 PESHAWAR: Regi Quami Ittehad on Thursday staged a protest demonstration against Defence Housing Authority for allegedly grabbing their lands and demanded of the provincial government to halt construction work on the housing society.

The protesters led by office bearers of the alliance Haji Yasmin Khan and other elders of the area gathered outside Peshawar Press Club where they chanted slogans against the DHA authorities.

They said that the authority has deprived them of their land without compensating the real owners of the property. “The DHA claims it has purchased the land paid proper amount ‘to those who are not the real owners,” said Haji Yasmin Khan.

They said that DHA has started shifting machinery to the area but they would not be allowed to work unless compensate the owners.