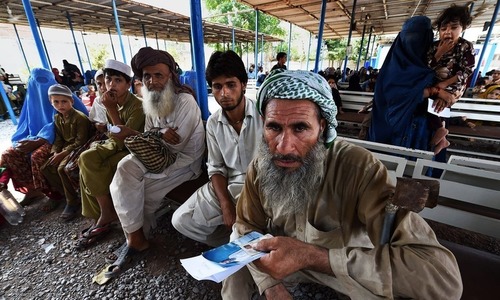 PESHAWAR, 23 September: The process of registration of unregistered Afghan refugees has been suspended for two weeks in Khyber Pakhtunkhwa over security concerns on the occasion of Muharram.

Media reports said the process of registering about one million unregistered Afghan refugees was launched last month and over 50,000 refugees have been issued Afghan citizenship cards so far. The ongoing registration campaign will continue till December. However, the process has been suspended temporarily on the occasion of Muharram. The process will resume on 12 Muharram.

Sources said the Pak-Afghan border in Torkham will also remain closed during 9 and 10 Muharram and Afghan refugees will not be able to travel to their country during these two days. The entry of unregistered Afghan refugees to sensitive districts has also been banned during Muharram.