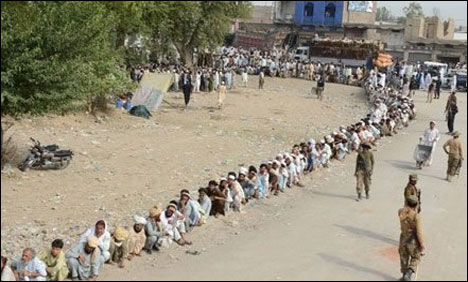 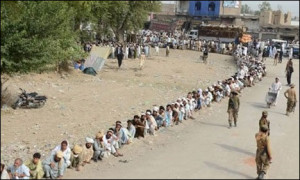 The FATA Disaster Management Authority says that a registration centre has been set up at the Government Commerce College No 2 in Hayatabad.

The registration process will continue from 7am till 3pm. The organisation has notified that on the first day, residents of Miranshah tehsil of North Waziristan would be registered.

The date of 14 July is has been specified for the registration of people from all other areas of North Waziristan.

Thousands of families were displaced from North Waziristan after the Pakistan Army launched Operation Zarb-e-Azb against militants in the tribal region. Most of the families moved to Bannu, Dera Ismail Khan, Lakki Marwat and Peshawar districts of Khyber Pakhtunkhwa. The governments of Sindh and Punjab have not allowed the IDPs to stay in their areas.