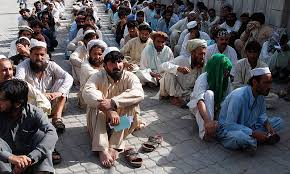 WANA, 3 December: The political administration of South Waziristan Agency has released schedule for the registration of people affected due to military operation.

The new registration schedule has been announced for those operation affected people who have already returned to South Waziristan, but they are still unregistered.