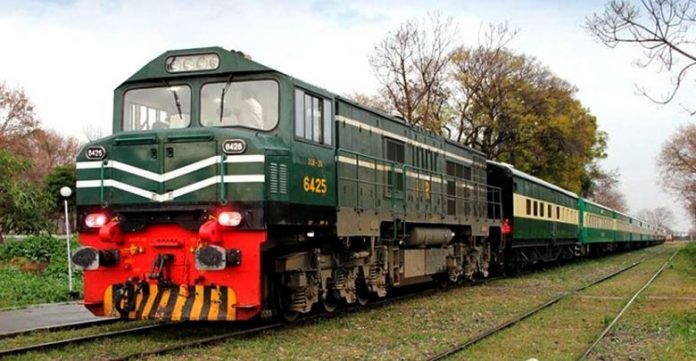 PESHAWAR: The railway passengers in Peshawar have expressed satisfaction over the launch of Rehman Baba Express train. They said that they are waiting for days to book a seat for Karachi and other destinations.

The train named after great Pashto Sufi poet Abdul Rahman Baba is the fastest train runs between Karachi and Peshawar.  The railway officials claimed that it covers the distance between the two cities within 24 hours. Thus, it reduced the travel time by 7-9 hours. The Awami, Khushal and Khyber Mail train services take 33-35 hours to reach Karachi from Peshawar.

The ticket for Rehman Baba train is fixed at Rs1,350. The fare for the economy class for Khushal, Awami and Khyber Mail is Rs1,702. Station superintendent of Peshawar cantonment Railway station, Noor Muhammad said that there are 434 economy class seats in Rehman Baba Train.

He added that train has been started to facilitate the low-income people of the country. The train starts from Peshawar at 10 am and reaches to Karachi in about 24 hours. “Passengers used to purchase their tickets in advance and waiting for their turn,” Noor Muhammad said.   To facilitate the public, they can also make an inquiry about the train and can purchase tickets online or by making a phone call to the railway station.

Peshawar railway station is a busy train junction, from where at six in the morning, the Jaffar Express leave for Quetta, while for Karachi, The Awami Express departs at 8:30 pm, Khushal Khan Express at 5 pm and Khyber Mail departs at 10 pm.

The Pakistan Tehrik-e-Insaf has so far launched a number of new train services. The premier, Imran Khan while inaugurating the new trains, last year, claimed the Pakistan Railway was incurring yearly losses of Rs45 billion but they have decreased to Rs37bn.

Those looking for information regarding the e-ticket and train route can call on this number 091-9210681, or can buy e-ticket from website https://pakrail.gov.pk/ .