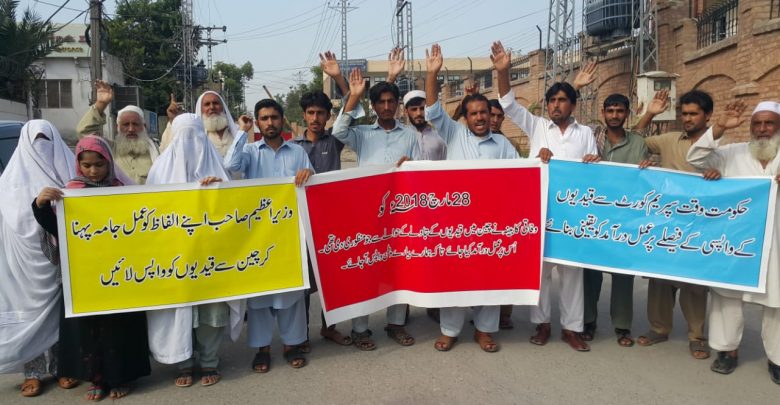 PESHAWAR: Relatives and family members of prisoners languishing in Chinese jails staged a demonstration here on Friday demanding the government of Pakistan to play its due role in their release.

The protest were holding banners and placards inscribed with demands for immediate release of prisoners. Hundreds of Pakistanis have been languishing in Chinese jails. Later, Justice and Human Rights for Prisoners, a body working for rights of prisoners, in its statement lamented over non-responsive attitude and said it was not taking any step in this regard despite Supreme Court clear orders.

The Pakistanis were imprisoned in different cities in China who were subjected to torture and hunger. It said that body of a prisoner was recently brought to Charsadda who was bearing sever torture marks on his body.

It said that 40 prisoners are suffering from severe health complication but the Pakistan embassy was least bothered to enquire about them.

They threatened to commit self-immolation in front of Parliament House in Islamabad if the government did not take up the issue of their release with the Chinese authorities.