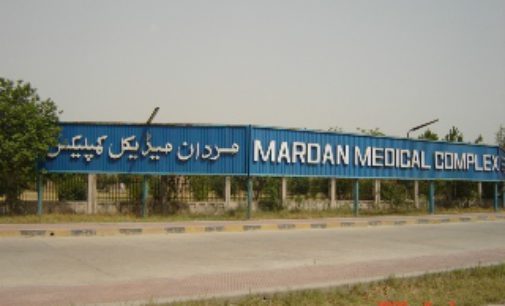 MARDAN: The relatives of a deceased patient on Tuesday staged a protest demonstration against the doctors of Mardan Medical Complex over their alleged negligence.

The relatives of the deceased patient kept his body on Mardan-Nowshera Road outside the hospital and blocked the road for some time. They ended their protest after filing of a complaint against the doctors of Medical-B Ward and assurance by the police to investigate the matter.

Irfan, a resident of Muslim Abad area of Mardan, said his father Mir Zaman was suffering from paralysis and he was admitted in the Medical-B Ward of Mardan Medical Complex. He said no senior doctor was available in the ward, while junior doctors did not come to see his father after deterioration of his condition despite repeated requests due to which he died. He alleged that the junior doctors were obsessed with gossip in the hospital and they did not pay attention to patients.

It was fifth protest by the relatives of different patients against the attitude of doctors of Mardan Medical Complex during the last few days.