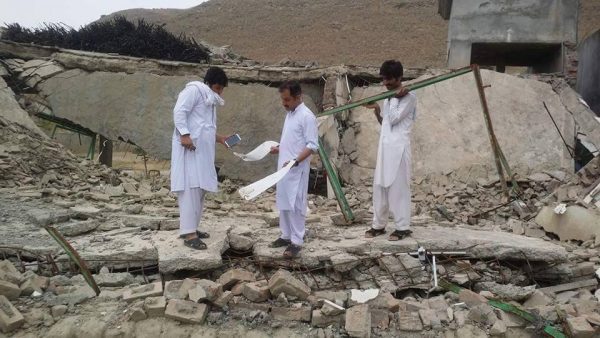 He said the affected people of the areas where survey of damaged houses has been completed must be released immediately.

Iqbal Wazir said that he did not differentiate between the North and South Waziristan and among the tribes and treat all people of merged districts equally. He said the authorities have been directed to distribute compensation cheques among the affected people from the areas where survey has been completed and if there was any discrepancy in the survey it would be rectified.

Iqbal Wazir directed the concerned authorities to expedite the survey of damaged houses in the remaining areas at the earliest.

The KP government has deployed a 20-member team of Rescue 1122 and handed over six ambulances for District Headquarters Hospital Landikotal in Khyber tribal district.

The six well-equipped ambulances have been delivered to DHQ Landikotal with an objective to provide timely medical treatment to the victims in emergencies.

Rescue 1122 team will be available in an emergency situation to provide medical cover to the patients.

In an earlier interview with TNN, MS Dr Nek Dad had said over a thousand patents daily visit the out-patient department (OPD), therefore, upgradation is required.