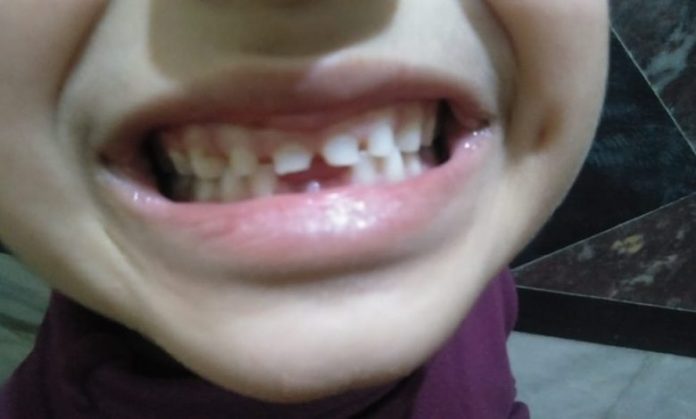 PESHAWAR: A quack had advised 55-year-old Noor Fatima to remove all her teeth and replace them by artificial teeth.

Noor Fatima had complaints of bleeding and swelling gums due to which she was in trouble. She went to a local practitioner who advised her that she will have to remove all her teeth. She was not satisfied with the ‘advice’ and her family members took her to a dental hospital at the University of Peshawar. At the hospital, doctors came to conclusion that the actual problem lies in gums and there is no need to remove the teeth. The doctor prescribed medicines with and advice that removing the teeth is not the only solution as treatment options are available.

Another advice at the hospital was that checking of teeth by and expert doctor after every six months is mandatory.

Dr Zameer said bleeding gums is one of the main issues nowadays which causes the teeth to get weaker and change its position and finally falling. He said the choice of food is important to ensure strong teeth. He said fruits, vegetables and diets with protean are important for teeth. He said sugar, glucose or carbohydrates are damaging for teeth as these particles are stranded in teeth causing different problems.

About foul smell from mouth, Dr Zameer said problem in lungs or liver are its main causes due to which a person could not use his teeth properly. He said lack of proper hygiene also causes foul smell as food particles are stuck in teeth and its decay causes bad smell. He said cleanliness, proper diet and regular checking are the main things to ensure healthy teeth. He said people should avoid going to quacks as in doing so they may save a little money, but risk contracting major diseases. Particularly, he said, hepatitis is spreading rapidly due to quacks.