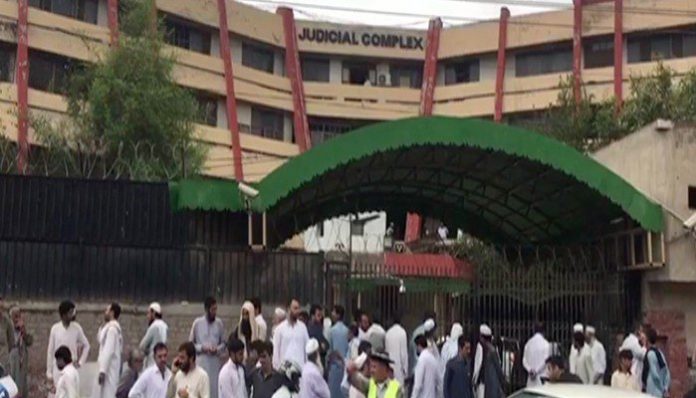 PESHAWAR: The presence of touts or rented witnesses in the district courts of Khyber Pakhtunkhwa is still a headache for the judicial system which is benefiting the criminals and affecting the delivery of justice.

There are hundreds of people in the district courts in KP who agree to become witness for the accused by accepting money. Under legal compulsions, an accused cannot present a person of his own district as a witness. An accused is bound to present witness from the same district where he is arrested. Therefore, touts take advantage of this situation and mint money from accused to act as their witness to help them get bail from courts.

Sources said hundreds of touts visit different courts on daily basis and they have all the necessary documents like identity card, electricity bill and other proofs which are necessary in the court to get bail for an accused. Usually, it is considered difficult for an outsider for finding witness in Peshawar for bail, so touts make themselves available for this purpose and take good money in return for their ‘services’.

It is not easy for a tout to work independently, so they work in shape of a group in which some judiciary officials are also involved. This task is not possible without the judicial staff as they have to verify the credentials of the witnesses. While producing touts in the court, the helpers of lawyers take lower judicial staff into confidence and keep the matter secret from judiciary officers.

This practice of ‘toutism’ affects the whole judicial process. It is often observed that an accused from another district goes in hiding and doesn’t appear in the court after which the court acts against the ‘witness’ under the law. In that case, either the tout also goes into hiding, or gets the matter resolved outside court with help of lower judicial staff.

Peshawar District Bar Vice President Iftikhar Hussain Advocate said an anti-toutism committee has been formed to curb this practice. He said the committee has acted against over a dozen touts so far. He said it is imperative to change the procedure of witnesses to get rid of touts.