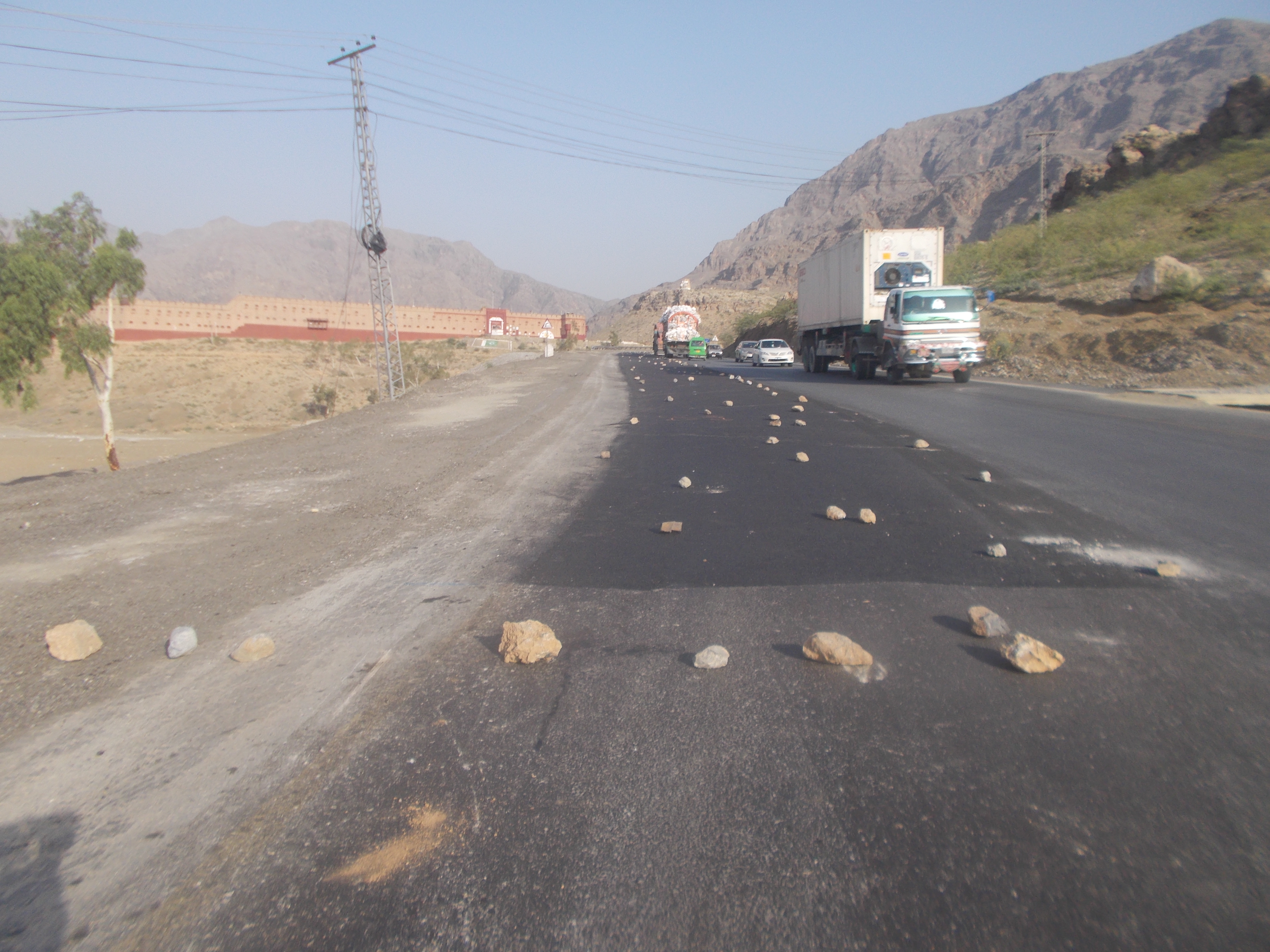 LANDIKOTAL, 22 September: The Frontier Works Organisation has launched repair work on Pak-Afghan Highway that was constructed recently. The road has damaged at various parts soon after the reconstruction which was wastage of public funds and national resources.

The 46-kilometer long road was constructed USAID’s financial assistance at a cost of Rs7 billion that was inaugurated by President Mamnoon Hussain.

Officials of Frontier Works Organisation said that the repair work would be completed within a week urged the drivers to avoid using the repaired parts of the road for three days.

The FWO officials said that road had damaged due to heavy traffic. A driver Alamgir told Tribal News Network that the authority knew that it would be used for heavy traffic. He said that the potholes were made due to substandard materials that could not afford the load of heavy traffic.