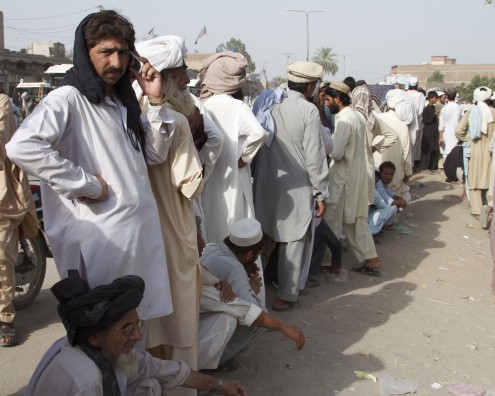 BANNU, November 22: The Pakistan Army has assured repatriation of displaced families back to North Waziristan as soon as possible.

Addressing a jirga of elders from North Waziristan, Major General Akhtar Jamil Rao said that displaced families would return back to their native land in several phases and that authorities would carry out construction work soon after the families’ return.

He said the army has distributed financial succour worth 4 billion rupees and 36,000 tons of rations amongst displaced people.

He said sports complex in the area would also be vacated for purposes of games in the current month. In addition, ration centres would also be shifted to Bannu airport in near future, he added.

Meanwhile, the authorities have decided to invite Mr Maulana Tariq Jamil and a few other religious scholars to visit the relief camps to boost the courage of displaced families.

Thousands of families have been displaced as a result of military operation “Zarb-e-Azb” launched in North Waziristan in June this year. Azb was a sword of the holy Prophet Muhammad (peace be upon him).