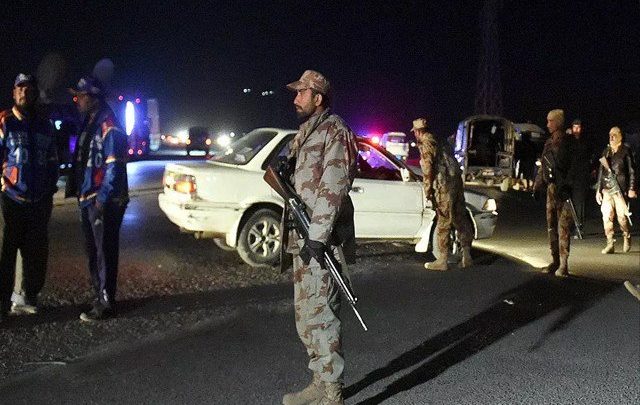 PESHAWAR: One rescue personnel lost his life and 13 others, including journalists and policemen, were injured in two consecutive blasts in Quetta on Thursday.

Police said a powerful blast happened at Al-Faisal Mover Bus Terminal near Khaizi Chowk area of Quetta. An improvised explosive device (IED) which was planted near the bus terminal near Jabal Noor Western Bypass went off. After the first blast, when police and rescue personnel along with media persons reached the site, another explosion happened.

The body and the injured were shifted to Bolan Medical Complex (BMC) Hospital Quetta.

Security forces cordoned off the entire area after twin blasts and started investigation. However, no arrest has been made.

It was fifth explosion in Quetta over the past four weeks. On August 16, four people were killed after a loud explosion rocked a madrassa in Kuchlak area on the outskirts of Quetta. Twenty-two other people were also injured in the blast that took place after Friday prayers.

The Thursday’s twin blasts in Quetta happened a day after six suspected members of Daesh militant group were killed in a gun battle with the security forces in the Eastern Bypass area of Quetta.

A soldier was martyred and six security personnel were also injured in the six-hour-long heavy gun battle with the militants during the intelligence-based operation. During the operation, the security forces also seized a huge quality of arms and ammunition and suicide jackets from the compound the militants.

Deputy Inspector General (DIG) Abdul Razzaq Cheema told media that one suicide bomber blew himself up when the security forces entered the compound. He said the armed militants used hand-grenades and heavy weapons against the security forces during the clash. He said the Counter-Terrorism Department along with other law enforcement agencies had launched the operation on the basis of intelligence reports about the presence of militants in the area.