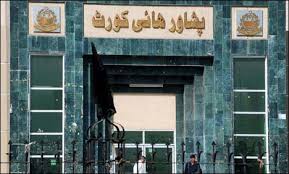 PESHAWAR: Merger of tribal areas with Khyber Pakhtunkhwa is bearing fruits as a resident of Khyber district on Wednesday moved the Peshawar High Court in history of the country seeking possession of his property that is grabbed by his rivals.

The petition is the first ever of its kind in history of country and post-merger, when PHC is moved by a resident of tribal areas to get him back his property. Since there is no land record in tribal areas except Parachinar, resolving the matters of land dispute is a test case for the judiciary.

Petitioner Rahman Afzal, in his petition, adopted that his cousins had killed his grandfather 70 years ago and evicted his family from the area.

He said that his rivals sold women of his families and grabbed his lands in Tirah. Afzal stated in his petition that he is member of Peshawar District Council and urged the PHC to return his property to him.