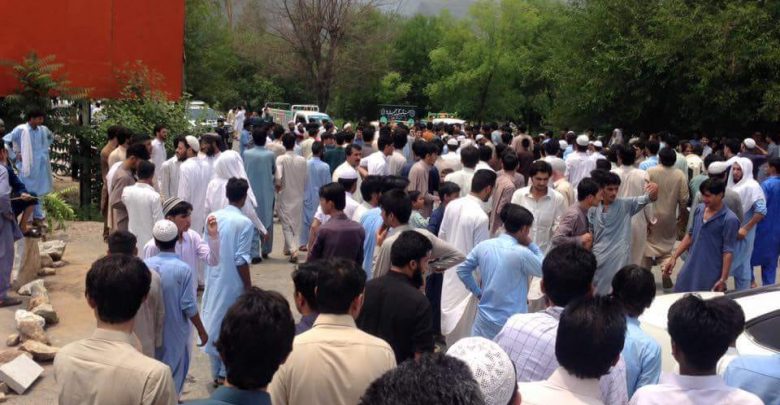 BUNER: Residents of Shalbandai area of Buner districts on Thursday staged a protest demonstration against the district administration for not repairing graveyard damaged in recent rains.

The protesters also blocked Shalbandai bazaar for traffic apart from chanting slogans against the administration.

The protesters said that dozens of graves caved in due to accumulation of rainwater, however the administration didn’t repair them.

The protesters said even the candidates during elections promised to repair the graves but winners have also forgotten their promises.

They asked the deputy commissioner and Auqat Authority to allocate fund for the repair of the graveyard and threatened to launched a protest drive of their demand was not fulfilled.

The protesters dispersed peacefully after they were assured by police officials that their demand would be met.