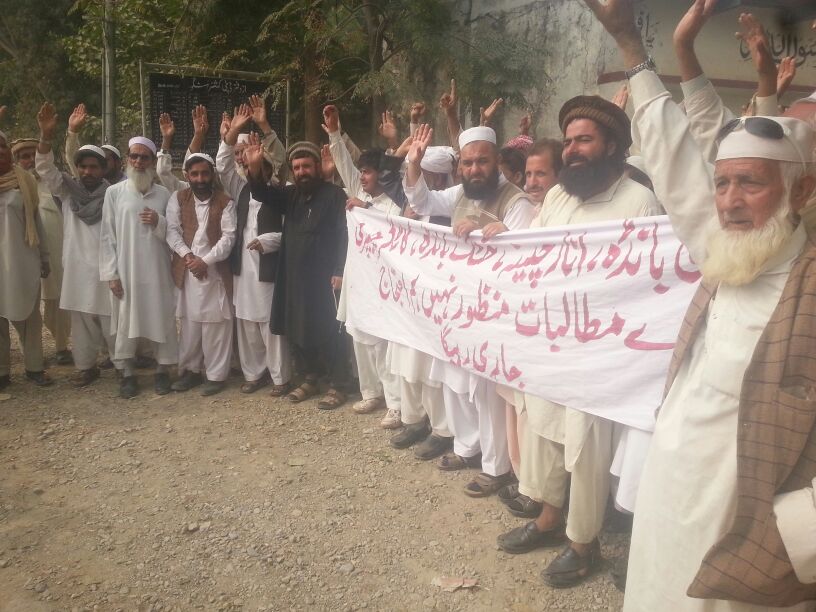 HANGU, 4 November: Resident of Khattak Banda in Hangu district here Saturday staged a demonstration to protest depriving of gas facilities despite production in the area.

The residents holding banners and placards inscribed with demands for provision of the basic amenity. They said that surrounding areas were provided with gas but the area, where it has been produced, was deprived of it.

They said that the government had promised them that gas would be provided from Makori Gas Plant but the promise was yet to be materialized.

They complained that the government wanted to deprive them of gas royalty and threatened to take extreme steps if they were not provided with gas.