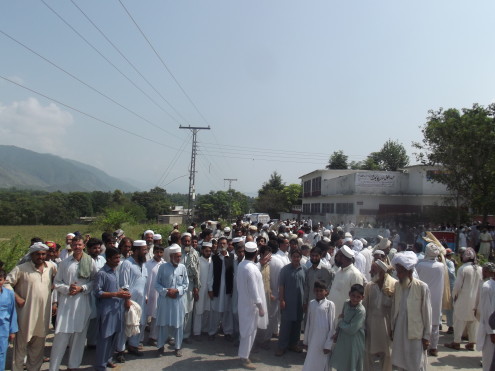 DAGGAR, September 13: Residents of Ambela, Koga, Gaari, and Soora villages of Buner district have protested suspension of electricity supply to their areas for the last two days.

The protesters told TNN that the national electric company, WAPDA, had cut off power supply to them from the Chamla feeder since 11 September.

They blocked the Ambela road for some time and warned to stage more protests if their electricity problem was not solved.

“We suffered much for some months, including the fasting month of Ramadan, but now there is total blackout for the last two days and we are in trouble. We have also lodged complaints with the authorities,” stated one of the protesters.

On the intervention of Assistant Commissioner Mr Arshad Ali and Deputy Superintendent of Police Sher Hussain Khan, the protesters ended their protest.

Offices of the WAPDA in the area refused to comment on the issue.