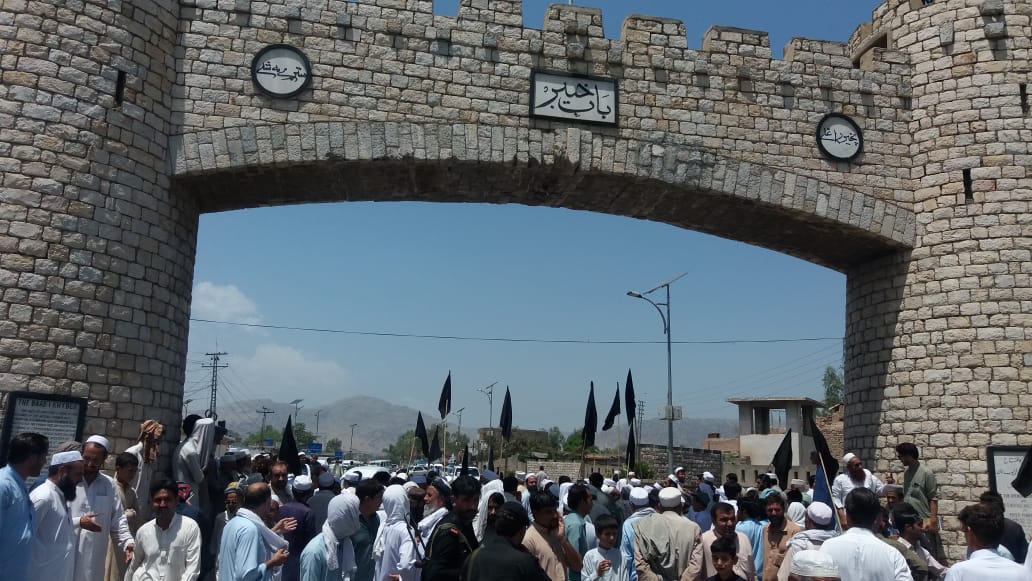 JAMRUD: People in Khyber tribal district on Wednesday staged a protest demonstration against tribal areas’ merger with Khyber Pakhtunkhwa. Besides, jirgas were also held in Jamrud, Bara and Landi Kotal tehsils where elders rejected the reforms.

Led by elders, the protesters also took out a rally and demanded that decision of merger should be withdrawn.

Addressing the protesters, leaders of Fata Grand Alliance including Malik Salahuddin, Malik Ghaffar, Malik Shah Mehmud and others warned the government to accept their demand or else they would launch a countrywide protest drive.

They also threatened to boycott polio drive and all perks if their demands were not fulfilled. The protesters announced to vote those candidates during forthcoming general election who promise to reverse the merger.

The speakers said that they have distinct customs and tradition and demanded a separate province in which they could practice their tribal values and customs.