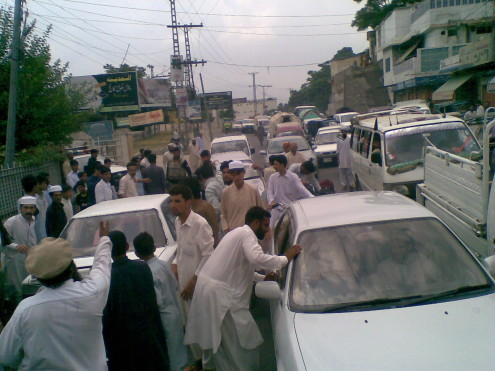 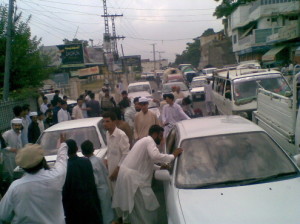 MINGORA, July 3: Residents of Saidu Sharif in Swat staged protest and blocked the Saidu Sharif-Mingora road in protest against an out-of-order tube-well in the area.

The demonstrators told TNN that local residents had to bring water from far-flung areas because the tube-well of the area was out of order for the last eight days.

“Sometimes they say electricity transformer is not working, at times they make another excuse. We want a clear-cut answer as to when this problem will be solved,” said another resident.

The Tehsil Municipal Officer, Mr Nisar Khan, told TNN that the tube-well was not properly working owing to low voltage and excessive loadshedding. He said the employees of his department were trying to resolve the issue as soon as possible.