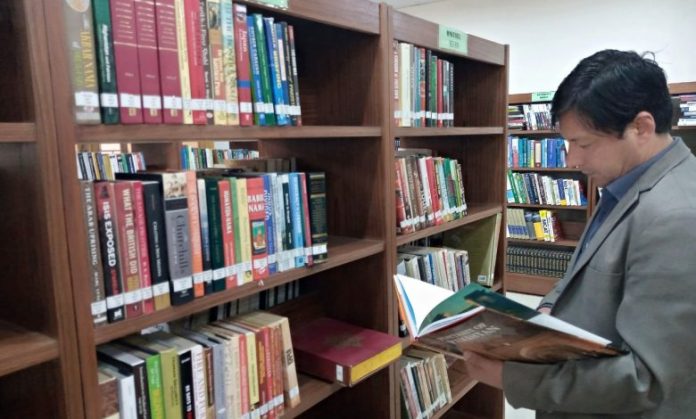 Book lovers of Parachinar have protested the plans to demolish Parachinar town only library for the construction of residence of a district administration official.

The residents staged a protest in front of Parachinar Press Club against the plan to deprive the town of its library.

They said that district administration plans to demolish the town only library to construct residences for government officials and washrooms was unjustified.

The protester regretted the administration plans to convert the library and said that they will never allow this to happen.

They said that libraries were the foundations of an educated society.

The protesters demanded immediate restoration of the library and its digitization.

“We have already approached court against this illogical decision and will struggle till the administration reverses its course,” they said.

The protesters also walked from Press Club till the Public Library and chanted slogans against its demolishing.

The library was setup in 1982 and the then governor Lieutenant General Fazl Haq had inaugurated it. The library had turned into ruins during the chaotic period of Kurram history. However, Pakistan Army restored it in 2007 and also setup a computer lab in it.