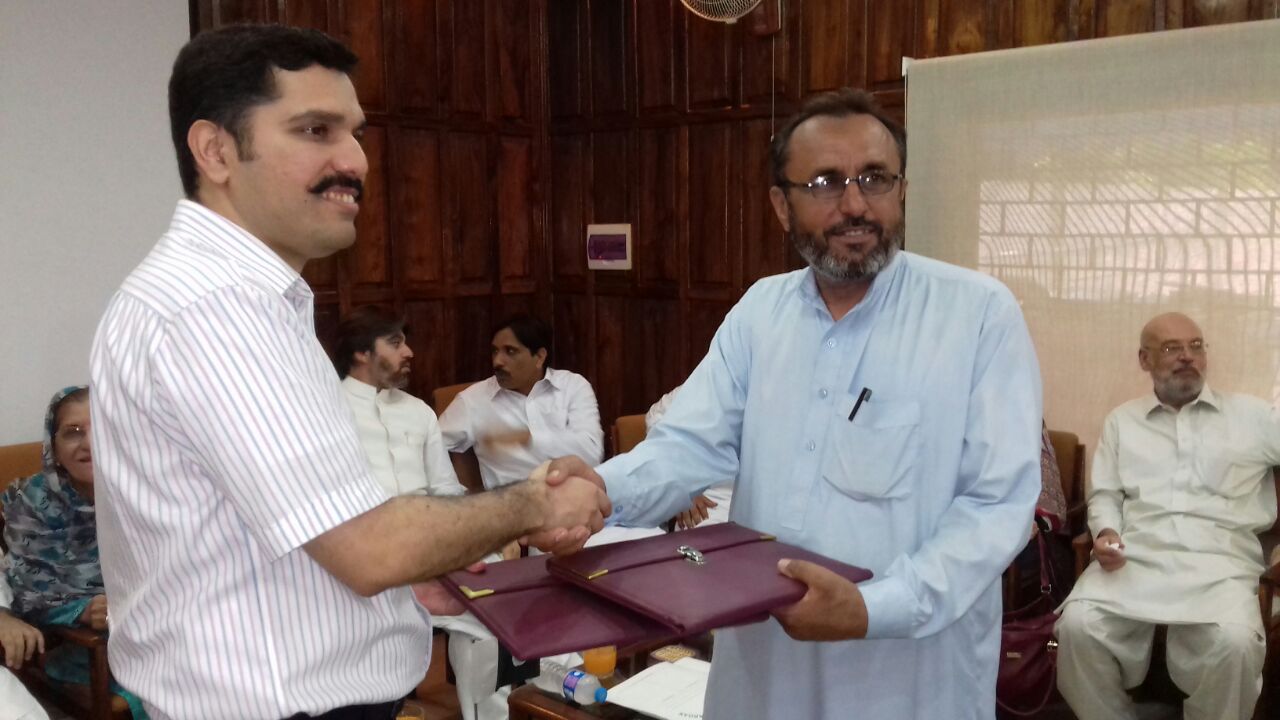 MARDAN, 18 July: For the first time in Pakistan, the residents of district Mardan will receive their domicile certificates at their doorstep as the same will be delivered to them through Pakistan Post.

A memorandum of understanding (MoU) was signed between the district administration and the Pakistan Post. Deputy Commissioner Mardan Dr. Imran Hamid Sheikh and regional chief of Pakistan Post signed the MoU.

The signing ceremony was held in the office of deputy commissioner where Deputy Speaker Khyber Pakhtunkhwa Assembly Mehar Taj Roghani was the chief guest.

Deputy Commissioner Imran Sheikh said on the occasion that the new procedure has been adopted to provide relief to the citizens at their doorsteps. He said the citizens did not need to come to the office of deputy commissioner in person, they could send their application through Pakistan Post to DC office and in return, domicile certificates would be delivered to them through post office within seven days.

He further said that station house officers of local police stations as well as secretaries of village/neighborhood councils have been authorized to verify citizens’ documents and would not need to visit offices of the revenue officials for attestation.

He said domicile certificate is the right of every citizen and the government is trying to provide it to them with comfort.