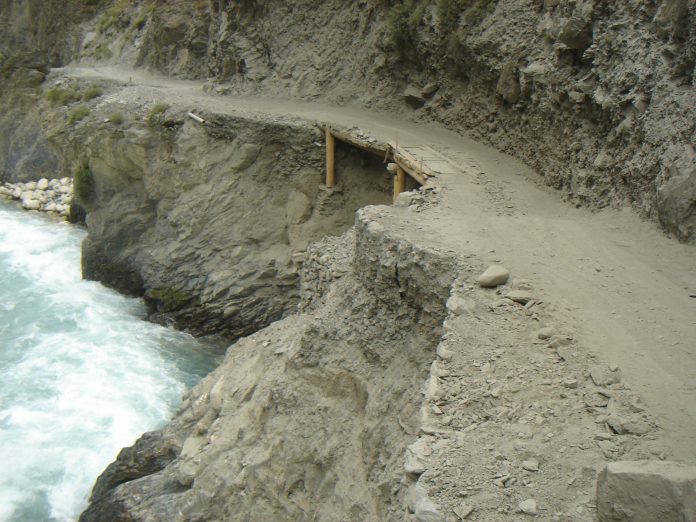 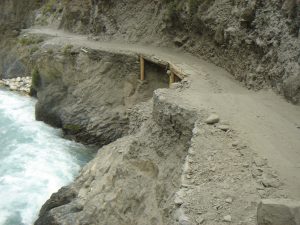 CHITRAL, July 21: While many tourists have visited lush green Kalash valley in Chitral district and several more may be planning to throng the area in ongoing summer, members of Kalash tribe have complained of authorities’ indifference as they say they have been cut off from the rest of the country because recent floods washed away link roads to the valley.

The Kalasha people are said to be descendants of the soldiers of Alexander the Great. They once ruled a big part of Chitral valley but it has been reduced to a few thousands now because over 90 percent population has converted to Islam. They are now limited to three valleys of Rambur, Bamboret and Birir, located near Pakistani border with Nuristan province of Afghanistan. The mythology and folklore of Kalasha community have been compared to that of ancient Greece.

TNN correspondent says the road on the bank of a river leading to Kalash valley has been badly damaged by floods, while wooden bridges laid by the Communication and Works Department on the road are weak and may cause accidents.

Local residents say that many tourists used to visit the area to enjoy the beauty of lush green valley and unique culture of Kalasha people, but that the poor road infrastructure and unavailability of mobile phone services has affected tourism in the area.

“Most tourists are afraid of dangerous roads of the area and also some wooden bridges because they may fall into the river in case a bridge collapses,” said Mr Fahim, a tourist.

A local resident, Mr Saadat Hussain Makhfi, said tourism could only be promoted if provision of facilities is ensured. “I request the government to improve communication links and provide other facilities to the area,” he added.

In Kalash valley, around 4,000 non-Muslim Kalasha people reside with their Muslim family members peacefully in the region. Both the non-Muslim and Muslim members of Kalasha community are living in a single house in most cases.

The Kalash people celebrate four main festivals annually. One is Chilimjusht festival, which is considered an occasion for lovers to intermingle because the unmarried boys and girls select life partners at the event.

Another three festivals is “Uchal” which is observed in August marking the harvest of wheat and barleys and bringing down of cheese from the high summer pastures.

The “Phoo” festival is only held in Birir at the end of September to celebrate the harvest of grapes and walnuts.

“Chomos” is another festival celebrated around mid-December as the Kalash people believe it is meant for divine pleasure, the living and dead relatives and for the safety of crops and goats.

Muhammad Shahid, Editor Online based  in Peshawar, has also contributed to this report.