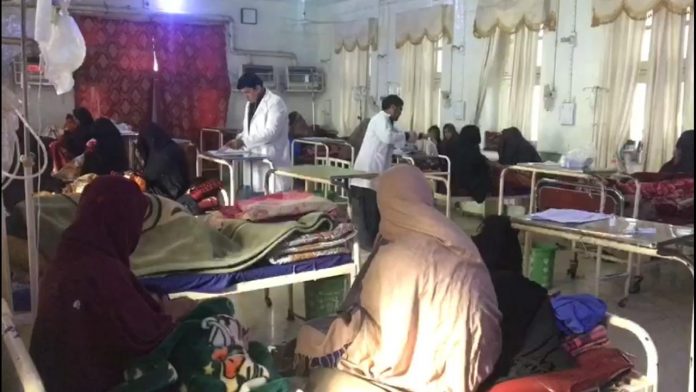 PESHAWAR: The People of Kurram district, especially the young children are suffering from cold, flu, throat infections and other diseases due to cold weather that has taken the whole district in its grip.

Doctors have advised parents to adopt preventive measures and take anti-alergic vacines to protect themselves and children from diseases during the cold season.

There has been continuous rainfall and snowfall on the mountains which has brought down the mercury to a minus degree. Thus, low temperature coupled with snowfall has paralyzed the routine life. It also spread season released diseases which have affected children more.

“The cold wave has affected the children more of the district,” said Dr Zulfqar Ali to TNN. He added“ most the of kids are suffering from a cough, flu and other diseases. Ali said that since these diseases are caused by an acute viral infection due to which it is further spreading in other parts of the district.

Dr Zulfiqar, who is associated with district headquarter hospital, Parachinar also advised parents to keep children in warm clothes and provide warm foods to prevent them from catching up disease. The elders should not allow the children near the affected persons. “The flu and cough can be controlled only if parents take preventive measures,” said Dr Zulfiqar. The parents were also asked to vaccinate children the anti-allergic vaccines.

During the last few weeks, the whole district received snowfall and heavy downpour which has though enhanced its natural beauty, however, paralyzed the routine life. Besides the diseases, it has also created a number other problems especially the transportation system has come to a standstill. Due to snow all the roads were closed and the district cut off from other parts of the country. Some of the mud made houses also caved in during the snowfall season due to which two people have died and  a number others got injured.