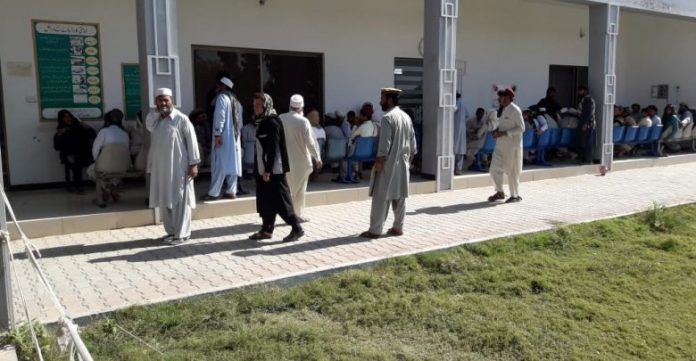 MIRANSHAH: About 98 percent people displaced after military operation in North Waziristan have returned to their native areas, according to official data, but most of the government offices, which were shifted to Bannu and other areas, have not been shifted back so far due to which local people are facing many difficulties.

The NADRA headquarters in Miranshah is one such office which was shifted to Bannu during military operation. After the operation, instead of its resumption in Miranshah, it has been merged with NADRA office in Mir Ali due to which the local people cover long distances for their tasks related to identity cards, marriage certificate, and Form-B etc.

Tens of thousands of people from Dattakhel, Maddakhel, Manzarkhel, Land, Mohammadkhel, Hamzoni, Darpakhel, Tapi, Noorak, Spalga, Tal Kala, Sarobi, Dosali, Ghulam Khan, Boya, Tabi and Qutabkhel have been affected due to shifting of NADRA office. Arsala Jan, an elderly person who was at Mir Ali NADRA office for correction in his identity card, said while talking to TNN that he had given his building in Darpakhel on rent for a NADRA registration centre. He said instead of opening the new centres, the government has even closed the old centres.

“Women are also accompanying me here who along with me have travelled all the way from Darpakhel. We spent the night in Mir Ali to get the number early in the morning, but we are still waiting for our turn,” he said.

Another citizen, Miskeenullah was also looking furious over the facilities at Mir Ali office. He alleged that the NADRA officials were favouring some visitors, while ignoring others. He feared that he might have to spend the night in Mir Ali.

The local social organisations, particularly the Youth of Waziristan, have held several protests for establishment of NADRA office in Miranshah, but that genuine demand remains unfulfilled. The Youth of Waziristan has demanded the government to restore Miranshah and also set up another centre in Eidak to reduce difficulties of people.