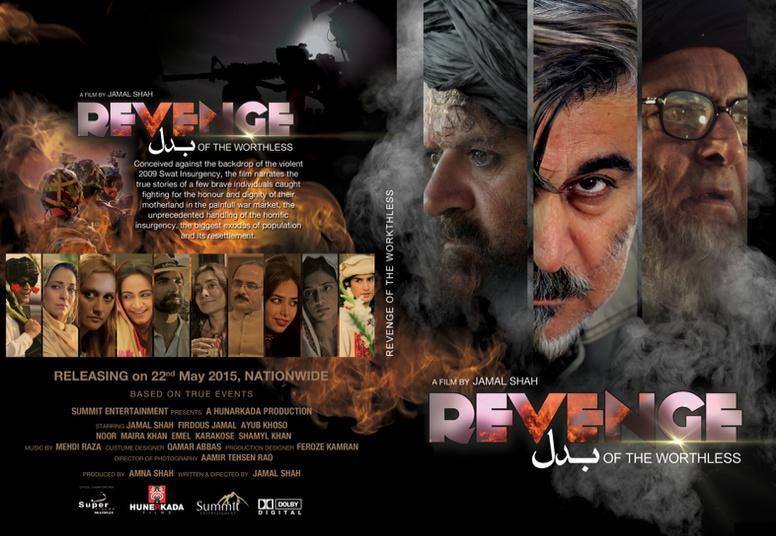 PESHAWAR, 24 July: The movie “Revenge of the Worthless” based on the militancy and the subsequent military operation in Swat has been released in different cinema houses across Pakistan.

Jamal Shah played the lead role of Zarak Khan in the movie who is a local Khan. He refused to leave his ancestral village and preferred to fight with the Taliban.

The film also has the character of Malala Yousafzai and her father Ziaudin. The roles are played by local artists.

Veteran artist Firdous Jamal appeared in the role of Maulana Sufi Muhammad while the character of militants’ leader Fazalullah is played by another vetern performer Ayub Khoso.

The film shows the beginning of Taliban in Swat and their atrocities. It shows them killing local people, burning schools and bombing other government installations.

The movie also highlights Taliban stopping girls from getting education. It also shows local people who raise their voices against the militants.

The military operation Rah-e-Rast is also shown in the film launched to expel militants from Swat and the mass exodus of locals to safer places.

The movie also depicts the pos operation scenario of Swat and the establishment of peace and tranquility in the area.