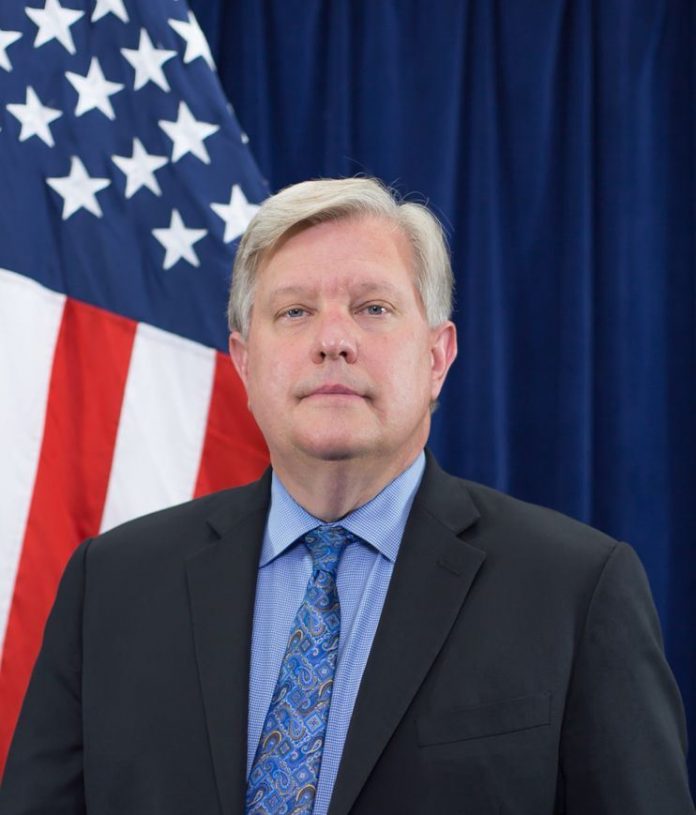 Consul General Riley is a career diplomat with the rank of Minister Counselor.  He most recently served as the Chargé d’affaires ad interim at the US Embassy in Oslo, Norway, says a press release received here Friday.

“I am looking forward to continuing to build on the strong relationship between our two countries as we work towards a sustainable bilateral relationship and a secure region,” he said after assuming his role at the Consulate General.

Consul General Riley’s extensive diplomatic career includes service as the Assistant Chief of Mission at the US Embassy in Kabul, Afghanistan and two previous tours of duty in Afghanistan.

Other senior US Department of State leadership positions have included Deputy Chief of Mission at the US Embassy Sana’a, Yemen (2015-2017) and Principal Officer/Consul General for Atlantic Canada at the US Consulate General in Halifax, Nova Scotia, Canada (2012-2015). He served two tours of duty in Iraq, first as leader of the U.S.-Italian PRT in Nassiriyah Province (2006-2007), followed by service as the U.S. Senior Coordinator for Democracy and Human Rights in Iraq (2007-2008) at the US Embassy Baghdad.

During his 29-year career in the United States Foreign Service he has also served as the Deputy Director of the Office of Egypt & Levant Affairs at the Department of State, where he guided US foreign policy in Egypt, Jordan, Syria, and Lebanon (2009-2010), and a senior academic year at the National War College at Ft. McNair, Washington DC (2008-2009), where he graduated with honors as a Distinguished Graduate. Mr Riley has studied Pashto, Mandarin Chinese, Arabic, Russian, and French.

Before joining the Foreign Service, Consul General Riley worked in the private sector including four years as a Strategy Consultant for Boston Consulting Group (BCG) in Hong Kong and PricewaterhouseCoopers in San Francisco.

Consul General Riley holds an MBA from Harvard Business School, an MS in International Security Strategy from National Defense University, and a BBA from the University of Georgia, Athens.