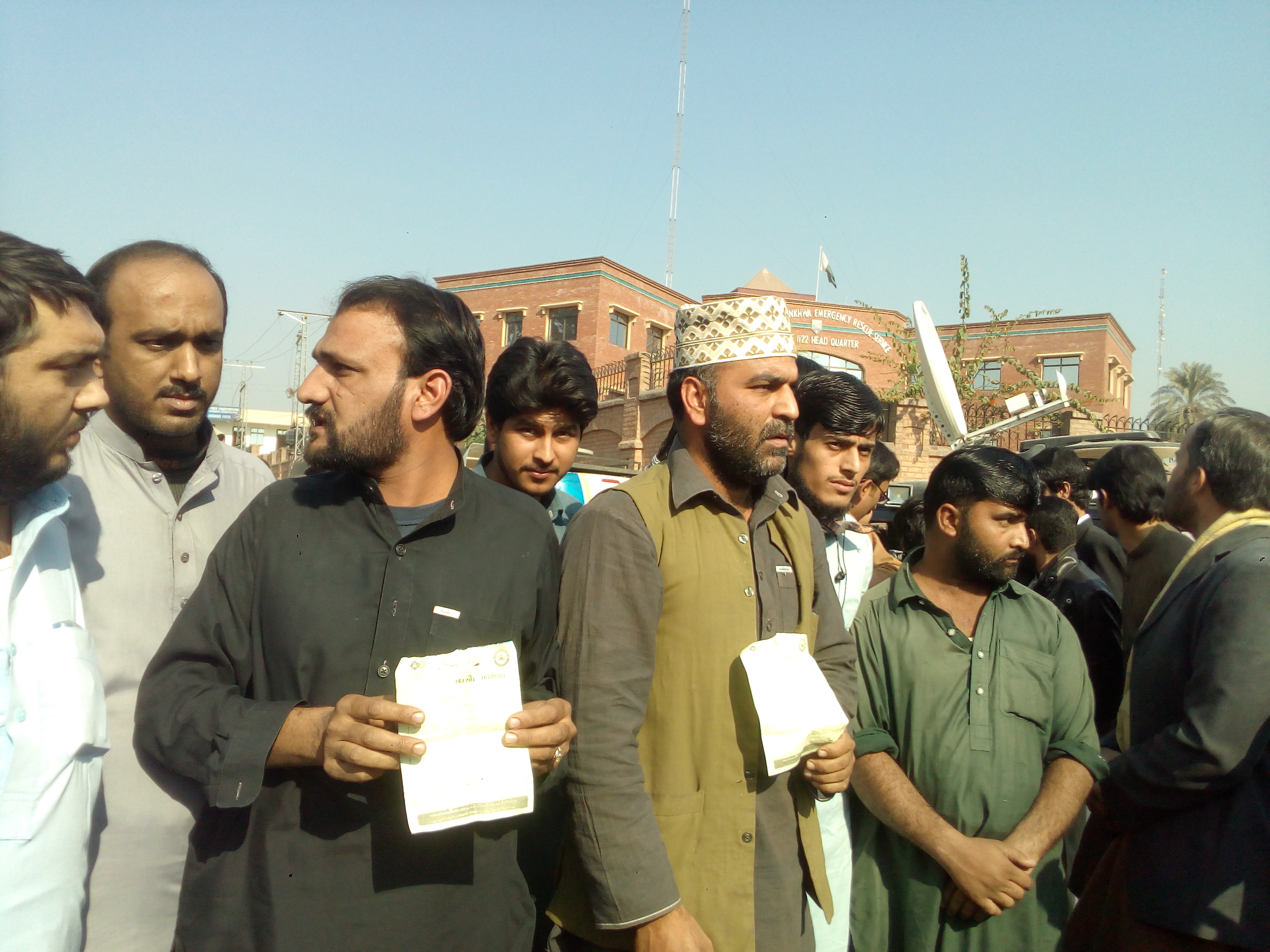 PESHAWAR, 01 December: Rickshaw drivers on Thursday staged a protest demonstration outside the Peshawar press club against the alleged torture of traffic police personnel on one of their fellow drivers.

The protesters alleged that traffic police warden ticketed a poor rickshaw driver Habib ur Rahman in Sadar area without any offence or violation of traffic rule and later subjected him to physical torture.

“We have become fed up due to the arrogant attitude of the traffic police warden. We are being maltreated by the police. They not only fine us without any reason but also sometimes torture us,” complained Zulfiqar, a rickshaw driver while talking to TNN.

On the other hand, SSP Operations Sajjad Khan said the matter was being probed and he would only be able to take action after the inquiry report was submitted to him.