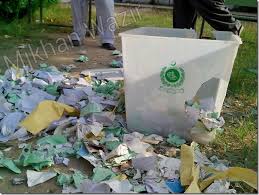 Talking to media-persons at Bilour House today, he said that PTI leadership itself accepted that massive rigging was witnessed in the local government (LG) elections. He said that after these allegations, PTI has no moral standing to remain in power any more. He also censured the provincial government for implicating ANP’s central leader Mian Iftikhar Hussain in a murder case and said PTI would be made answerable for it.

“This must be clear to all that there would be no fair elections in the presence of the PTI government in Khyber Pakhtunkhwa. A PTI minister reportedly asked the voters if they did not vote PTI, they would not get any benefit from the government during its remaining three-year tenure. It was, indeed, a pre-poll rigging,” he said.