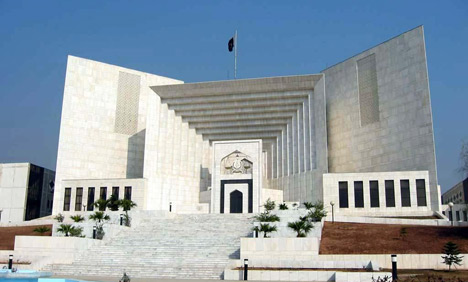 PESHAWAR, 24 May: The 45-day mandatory term of the judicial commission probing alleged rigging in the General Elections 2013 ended yesterday.

The judicial commission headed by Chief Justice Nasirul Mulk was directed to complete its investigation and submit report within 45 days. According to sources, the 45-day mandatory time period for the commission expired yesterday.

Sources in the Law Ministry said the commission can continue its work after extension in its tenure. Legal expert Ashtar Ausaf says the commission is empowered to extend its tenure as much as it likes.

The judicial commission was formed after the Pakistan Tehrik-e-Insaf (PTI) staged a 126-day sit-in in Islamabad last year for investigation into rigging allegations in the 2013 elections.

On the other hand, the PTI chief Imran Khan has said there is no harm if the judicial commission takes more time in completing its investigation.