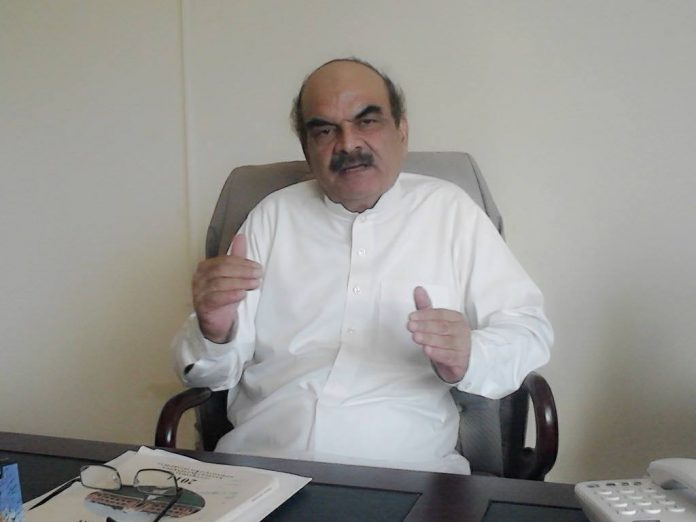 PESHAWAR, November 9: The provincial government of Khyber Pakhtunkhwa passed a resolution on 22 January to facilitate citizens and to ensure that public sector organisations serve people in an appropriate way.

The law is called “Right to Public Services Act 2014”. TNN interviewed Mr Azmat Hanif Orakzai, the head of the commission set up for the implementation of the law.

TNN: What are objectives of the Right to Public Services Act?

Azmat Hanif Orakzai: The main objective of this law is to improve delivery of services to the public by various government departments, like the police stations, offices of village accountants (patwaris), hospitals or the municipal services.

Tribal News Network: As per the law, what kind of services will be provided to the people by the public sector departments?

Likewise, we have marked two days for the death and birth certification. The secretary of a union council in any district should do the registration and provide the person with the birth or death certificate within two days.

If someone wants to build a house and he gives map to the municipal officer, the authorities will approve that map/design and give it back to the applicant within one month.

In the same way, assistant commissioner and deputy commissioner are responsible for the domicile certificates to pass it on within 10 days. If nothing happens, the person can access the deputy commissioner, and if things do not work out even then, the applicant can approach the Right to Public Services Commission.

Another service is regarding first information report (FIR) to be registered in police stations. Previously the victim used to go to the police station to report an incident but now the police officers are responsible to either register FIR or to mention it in the daily documents/papers. If the police do not carry out either of the tasks, then the appellant should go to the superintendent of police in any district, who is known as district police officer (DPO) as well. The DPO will ask the police station in-charge to register the FIR if the action is legal. And anyone can approach the Right to Public Services Commission if his report is ignored by all of the authorities. After that, if it’s proved that the police authorities did not do justice to someone, they can be fined and that penalty can be up to 25,000 rupees.

TNN: Has the Commission offices in all districts of the province?

Azmat Hanif Orakzai: We have set up our offices in almost 18 districts of the province so far, which are directed to send us the reports once or twice a month. The reports will have the details of all of the people who approached the police stations, offices of accountants and domicile offices. For example, if it is a report of Swat or Mardan district, it will include the number of people who went to the police stations, village accountants’ office, etc. It will also be investigated as to how many people have been provided the services and how many of them were ignored. In case we do not receive report from any of the districts, then we will ask the authorities of the respective district about the reasons and shortcomings.

TNN: If someone registers baseless report against any official, what will be its punishment?

Azmat Hanif Orakzai: If someone registers baseless report against any official, the Appellate Authority will carry out the inquiry. Once the commission confirms that the report was wrong, the person will be fined 500 to 50,000 rupees.

TNN: What are your plans for the welfare of people?

Azmat Hanif Orakzai: We have planned to impose emergency in health sector. We are also planning to specify proper duration for the issuance of arms and driving licences. After that, we intend to improve municipal services.

This story was translated by Ms Mehwish Ghani and edited by Mr Muhammad Shahid.