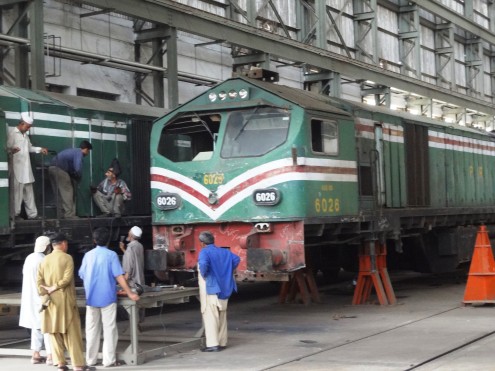 NOWSHERA, July 25: The fear for closure of the locomotive factory in Risalpur has subsided because the factory has got a new project after seven years.

TNN correspondent says the factory has got a project from the Pakistan Locomotive Factory to make 95 railway engines for China.

The locomotive factory in Risalpur was constructed in 1993 at a cost of 2.28 billion rupees. The target specified for the factory was to make 25 railway engines per year. However, the factory could create only 97 engines during last 20 years.

The incumbent government of the Pakistan Muslim League has focused attention on the Pakistan Railways to improve its performance.