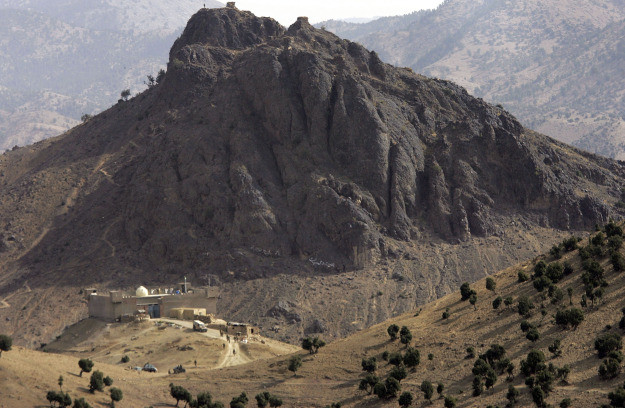 MIRANSHAH: Clashes started on another land dispute in North Waziristan tribal district as the rival groups traded fire in Norak village on Saturday.

Local sources said Hakeemkhel and Mubarik Shahi groups traded heavy fire over a land dispute which created sense of fear in the entire area during Eid days. The dispute on the ownership of several hundred acres mountainous land on northern side of the main Miranshah Road is continuing for the last several years.

Clashes on another land dispute between Eidak and Barakhel tribes were also continuing before Eidul Azha in which the elders of Utmanzai tribe and government officials intervened and announced one-month ceasefire. Several lives were lost in clashes on these land disputes.

On Saturday, when fresh clashes erupted between Hakeemkhel and Mubarik Shahi tribes, it created a tense atmosphere for locals and tourists. The tourists were waiting for the firing to stop to leave the area. The villagers of Mir Khankhel, Palali and Tapi were particularly concerned about the situation as bullets can land in residential houses. Local sources said a bullet landed at a house in Mir Khankhel, but fortunately it did not cause any damage, as the people occupying the house were inside a room at that time.

Deputy Commissioner Shahid Ali Khan told TNN that a Jirga has already been constituted which is working for patch-up between the two groups. He said police are also ready to take action, but the administration is hoping for a breakthrough by the Jirga. He said police will act if the Jirga failed and then law will take its course. He said no one would be allowed to take law into own hands.

Sunaid Ahmed Dawar, a local social activist and leader of Youth of Waziristan, said continuous clashes on land disputes are raising question mark over the writ of the government. He said the police and administration must act quickly to take action against those who violate the law. He said people creating law and order problem in the area must be arrested and punished so that no one takes the law into own hands in future.