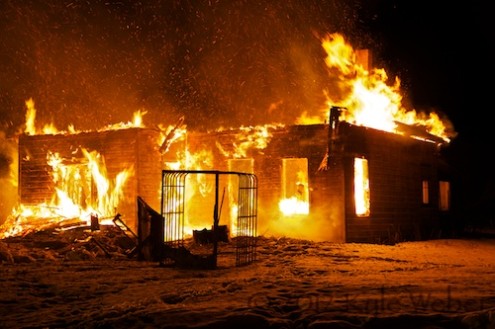 Local police said that the incident happened in Machi Sar area where one party set several houses of a rival party on fire. Those whose houses were burnt have been living in the area for 40 years and reportedly constructed houses on land they have occupied illegally.

Locals said the owners offered the encroachers to vacate their lands for which they would be paid with market price but they refused.

The owners, left with no option, came and put their houses on fire, however, no loss of life could be reported. A case has been registered against the owners in the local police on the complaint of enchroachers.