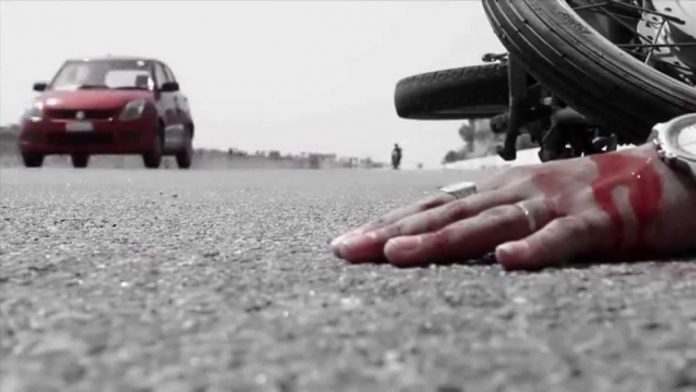 PESHAWAR: Four Bajaur men were killed when their vehicle plunged into a deep ravine near Balakot. According to details, the Bajaur youth were on the way to Naran from Khar, Bajaur for recreation purpose when they met the unfortunate accident in Balakot.

Media has reported that all four men died on the incident spot.

Media reports said that the road was damaged due to recent landslides due to which the driver could not control the over the vehicle and it met the unfortunate ancient. The victims of the tragedy were identified as Habib Ullah, Ikram, Shakir Armani and Hayat Khan. Local people have recovered dead bodies were transferred to their native areas in Bajaur where their last rituals were performed.

In Buner, in another such tragic incident five persons, including three women and a child, lost their lives and two others sustained injuries when a car plunged into a deep ravine at Karakar Mountain in Buner Wednesday. The injured persons were shifted to Daggar Hospital, while the bodies were taken to their residence for burial. Hospital sources said the condition of the injured persons was stable.

Meanwhile, two persons lost their lives when two motorcycles collided in Jawar area. The deceased included a second-year student Mudasir, while the identity of the second deceased person could not be ascertained. In another incident, two local tourists were killed in the scenic valley of Swat when their vehicle fell into a deep ravine in  Malam Jabba area of district Swat on Wednesday.

The victims were residents of Dir. They were on the way to Naran when they come across the road incident near Kashora area of the district.  Swat Police have said that eight persons were also injured in the incident. The incident occurred when the driver lost control over the vehicle while negotiating a sharp curve. The two persons died in the tragedy as identified as Ihsan and Ibrahim.