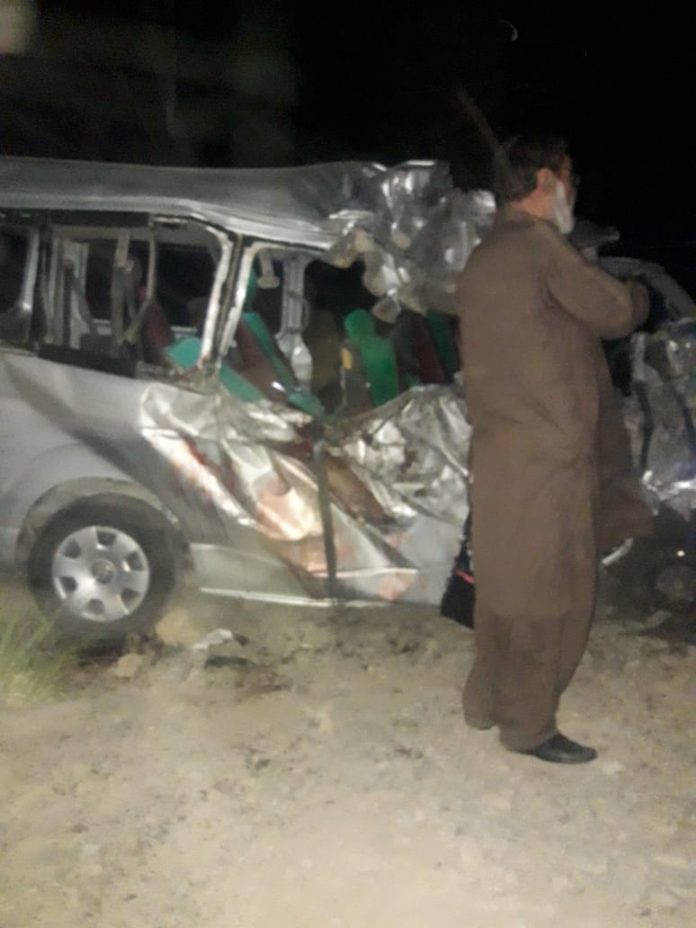 PESHAWAR: At least 13 people were killed in an ill-fated passenger van collided with a heavy truck in Ali Khyal area of Qila Saifullah district on early Monday morning. The passenger van was on the way to Zhob from Quetta when it collided with a loaded truck coming from the opposite direction.

The local police said that after the incident, they rushed to the spot for rescue efforts. The injured passengers were retrieved from wreckage and were shifted to the hospital in Qila Saifullah. The police said that several injured – including women and children – are in critical condition and under treatment at district Hospital Qilla-Saifullah, where emergency has been declared.

A number of critically injured victims were shifted to Quetta Civil hospital. Police added that the accident occurred due to over speeding; however, further investigation is underway after which they will able to explain the actual cause behind the fatal road accident. According to the hospital sources, majority of the accident victims are from Zhob district, and five of them are members of the same family.

Police have expressed the fear that the number of causalities could increase as two of the injured are in a critical condition in the hospital.

Chief Minister of Balochistan province Jam Kamal Khan has expressed grief over the tragic incident. The Chief Minister has directed the authorities concerned to provide best health facilities to the injured and families of the victims.

In April this year, at least 12 people were killed and 17 others injured when a passenger van collided near Mastung. That accident also happened due to over-speeding at the National Highway near the Dasht area of the district, killing five passengers on the spot while injuring 15 others.