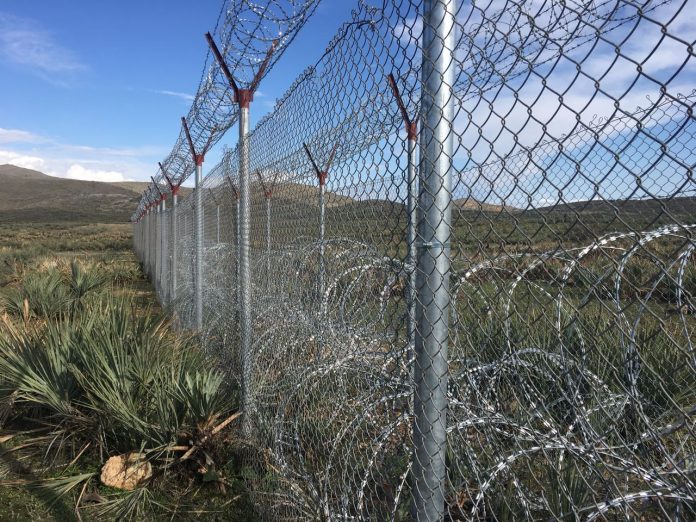 KURRAM: Four men, including a Frontier Corps soldier, died in a road accident near Pak-Afghan border on Monday. Six persons were also injured in the tragedy who were shifted to hospitals in Peshawar via military helicopter.

As per the government sources, the accident occurred to security forces vehicle that was on the way to the border from Parachinar city. However, due to over speeding the vehicle fell into a deep ravine while negotiating a sharp turn near Ghoz Ghari area of tribal district killing four persons and injured four others.

The officials while providing further information said that those died in the accident include FC soldier who was identified as Jamil Khan.

A total of three members of civil survey team identified as Alam Zeb, Daud Khan and Rafiullah.Those injured in the accident were identified as lieutenant Fahim, Sepoy Sabir, Sepoy Amin, Sepoy Tasdeeq and members of survey team Shakil and Masood. The officials informed that the vehicle was on the way to the Pak-Afghan border for border fencing when the accident occurred. The injured were rushed to hospital in Parachinar from they were shifted hospital in Peshawar in a military helicopter.

Soldier gunned down in North Waziristan

MIR ALI: A Pakistan Army soldier was gunned down by Unknown persons on Monday in village Esorri of the Tehsil Mir of North Waziristan district. According to details, the soldier Zahoor Ul Islam was on leave and was staying in his home, when five masked men barged the walls of his home.

Zahoor was shot multiple time when automatic guns due to which he died on the spot. His family members informed that since there were no weapons available in the home, the assailants made the escape good after committing the crime. The young soldiers’ wedding ceremony was scheduled in a few days for which he has taken leave from his duty for a few days.